Theory Seminar: A Ritual Approach to Deterrence – NATO and its Eastern Flank

In this theory seminar, Maria Mälksoo examines “the fourth wave” of deterrence studies. 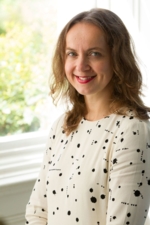 The seminar will be based on the following text:

"How can ritual help to understand the practice of deterrence? In order to address the weight of deterrence as a symbol, collective representation and strategic repertoire, this talk invites to rethink deterrence as a performative and generative (ontological) security practice with ritual features, functions and effects. Riding the ‘fourth wave’ of deterrence studies, I posit a ritual account of deterrence to better grasp the performance, credibility and the presumed effect of this central international security practice. While the political landscape of NATO-Russia relations drifted away from the logic of deterrence throughout the 1990s, deterrence has been firmly reinstalled in NATO’s vocabulary and practice since the crisis in Ukraine. Drawing on the example of NATO’s Enhanced Forward Presence, the proposed conceptualisation of extended deterrence as an interaction ritual chain in allied defence, solidarity and community-building offers novel insights about the deterrence and collective identity nexus. An ontological security-embedded understanding of deterrence replaces rational deterrence theory’s “I think, therefore I deter”-rationale with a habitual identity-bound “I deter, therefore I am”-logic."

Senior Research Fellow and Head of the Research Group on Global Order and Diplomacy at NUPI, Kristin Haugevik, will moderate the seminar.

Maria Mälksoo is the convenor of MA in International Conflict and Security and the Director of Research and Ethics at BSIS.

Dr Mälksoo's main research interests are at the intersection of security, memory and identity politics, and critical IR theory.