Dr George Lawson from the London School of Economics and Political Science will present a paper on ‘Global History and International Relations’. 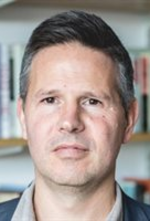 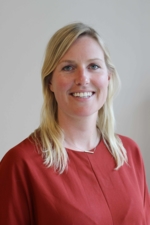 Dr Lawson’s theoretical work is oriented around the relationship between history and theory, with a particular interest in global historical sociology. He applies this theoretical interest to the study of revolutions, particularly in two books: Negotiated Revolutions: The Czech Republic, South Africa and Chile (2005) and Anatomies of Revolution (2019). Dr Lawson has also published widely around global modernity, most notably in a book (co-authored with Barry Buzan) that charts the ways in which a range of important dynamics in contemporary international relations have their roots in the 19th century ‘global transformation’.

This Theory Seminar will be based upon the following abstract:

“What unites fish and chips, the American national anthem, and the Battle of Trafalgar? The answer is that they are all global processes, enabled by flows of migration, war-making, imperialism and capital, which subsequently became inscribed as national symbols. The promise of global history lies in denaturalising national histories and demonstrating the ways in which the modern world has emerged through connections, entanglements and flows of multiple kinds and various intensities. If International Relations (IR) has been slow at exploring these insights, Global History has been equally slow at exploring what it can bring to IR. As a result, IR remains in large measure a state-centric, Eurocentric discipline dominated by national histories, while Global History has not done enough to theorise its narratives of entanglements. This paper examines what is lost in this story of mutual neglect, and outlines two possibilities for how engagement between IR and Global History can be further developed: a minimalist vision premised on the generation of synthetic historical-theoretical work, and a maximalist vision based on the construction of new, non-Eurocentric histories of transboundary encounters and entanglements.”

The seminar will be moderated by Catherine Hirst, who is working on a PhD on revolutions and international order at LSE and NUPI.