Theory Seminar: “Traditional” institutions and polity-building in Chechnya and Ingushetia

Dr Ekaterina Sokirianskaia, will present her book project on the situation in North Caucasus. 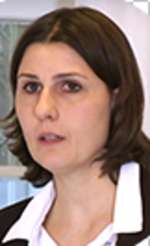 Since the 1990s Ingushetia and Chechnya, two of Russia’s North Caucasian republics, have been the scene of one of the deadliest and most protracted armed conflicts in Europe, a source of regional and global terrorism and an area of mass and grave human rights violations.

The present study was designed as a reaction to the mainstream claim that post-Soviet state-building failures and the armed conflict in the North Caucasus region are to a large extent the result of the “traditional organization” of a “stateless” society. Based on over 300 interviews, 5 years of participant observation and over 18 years of work on the region, this book refutes such arguments.

This seminar will discuss theoretical aspects of the argument, which draws on classical and contemporary literature on state-building and modernization. Relying on Michael Mann’s definition of state, the book at the same time argues that literature focused on formal institutions and Western models of development and taking the state as a holistic autonomous entity is insufficient for the analysis of unevenly modernized and fragmented societies.

Dr. Ekaterina Sokirianskaia is the founder and Director of the Conflict Analysis and Prevention Centre. From 2011 to 2017, she served as International Crisis Group’s Russia/North Caucasus Project Director, supervising the organisation’s research and advocacy in the region.

She holds a Ph.D. in Political Science from Central European University and has authored and co-authored numerous articles and reports on human rights, security, and conflict in the North Caucasus and Russia.