Time: 14:00 Location: NUPI Language: English Available seats: 43
Add to calendar 19-10-31 14:00 19-10-31 15:30 38 Ukraine's energy transition in a new political landscape The presidential and parliamentary elections earlier this year resulted in a massive shift of power in Ukrainian politics. How is this affecting the energy sector in Ukraine? NUPI NUPI seminar@nupi.no http://www.facebook.com/events/160427380695693 false DD/MM/YYYY
I want to register for the following event:

The presidential and parliamentary elections earlier this year resulted in a massive shift of power in Ukrainian politics. How is this affecting the energy sector in Ukraine? 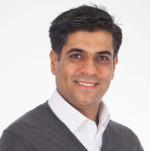 2019 has been an eventful year in Ukrainian politics. In April, Volodymyr Zelensky was elected president, and in July, there were snap parliamentary elections. 80 percent of the current members of the Ukrainian Rada were elected for the first time and have little or no previous political experience.

The developments in Ukraine's energy sector are no less eventful. Ukraine and Russia are currently negotiating a contract for transit of natural gas, the result of which is going to have an impact on Ukrainian economy (transit fees account for around 3 percent of Ukraine’s GDP). Investment in renewable energy is on the rise. Last but not least, a number of changes have been introduced in the governing bodies of the energy sector.

The seminar will discuss the post-election agenda, key changes in Ukrainian politics and the latest developments and reforms introduced in the energy sector, focusing on the natural gas transit deal and renewable energy.