WTO and the trade war: The end of peaceful conflict resolution?

If president Trump doesn’t change his mind, the WTO will be in a crisis from 11 December. What has caused the crisis, and can it be resolved? 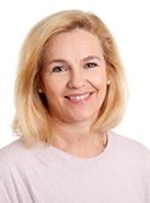 When the World Trade Organisation (WTO) was established in 1995, a key achievement was the dispute settlement (DS) system, providing binding conflict resolution between its 164 members. Small and large nations alike must respect WTO’s ruling in conflicts, and the system has worked – until now. Under President Trump, however, a conflict between the WTO and the USA has emerged. The USA has blocked the appointment of new members of the WTO DS institutions, and if this continues, the DS system will no longer be operational from 11 December 2019 – the date of the seminar. The WTO will then be in a crisis.

At the seminar, Chad Bown, a prominent international trade economist, will explain the crisis as well as the roots of the USA-WTO conflict. Does Trump have a point when he accuses the WTO to bend the rules beyond what has been agreed? Or is it just another expression of the trade war? How can the crisis be resolved; is there a solution in sight?

There will also be an opening statement by Director General at the Ministry of Foreign Affairs, Katja C. Nordgaard.

Chad Bown is Reginald Jones Senior Fellow at PIIE. Before joining PIIE in 2016, he worked at the World Bank; as Professor at Brandeis University; at the White House Council of Economic Advisers (2010-11); as Visiting Fellow at the WTO; and he was a Brookings Fellow during 2004-2010. Bown has a large number of publications in the form of journal articles, book chapters and books. Bown is familiar with the economics as well as the institutions of trade, and he is also known for his recent “Trade Talks” podcast jointly with Soumaya Keynes from the Economist.

This event is part of NUPI’s seminar series on “International Trade Policy at the Crossroads”, by the Centre for International Economics and Trade at NUPI. Financial support from the Ministry of Foreign Affairs is gratefully acknowledged.