What does Trump’s Space Force mean for Europe?

Time: 13:30 Location: NUPI Language: English Available seats: 67
Add to calendar 19-06-4 13:30 19-06-4 15:00 38 What does Trump’s Space Force mean for Europe? The American President wants his own Space Force, and this could contribute to a shift in the dynamics of space that until now has been characterized by cooperation. NUPI NUPI seminar@nupi.no http://www.facebook.com/events/160427380695693 false DD/MM/YYYY
I want to register for the following event:

The American President wants his own Space Force, and this could contribute to a shift in the dynamics of space that until now has been characterized by cooperation. 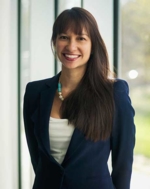 The proposed creation of a US Space Force – a new branch of the US military responsible for warfare in space – has led to a ratcheting up of a sense of competition and threat among spacefaring powers.  Some have even started referring to the current period as the beginning of a new Space Race.

Indeed, ambitious plans to send humans to the Moon within 5 years and to Mars even as early as 10 years are on the table.  Professor Mai’a Cross will address the implications of this new Space Force for Europe through a look at the historical transatlantic relationship involving space exploration.  She argues that despite many efforts to militarize space on the part of governments over the past 70 years, on the whole space has been a highly cooperative realm of interaction among states, even during the height of the Cold War.  This historical context provides a basis for understanding current trends and efforts among space actors on both sides of the Atlantic, and what challenges Europe will face in space in the coming years.

Mai’a Cross is the Edward W. Brooke Professor of Political Science and associate professor of political science and international affairs. She is also currently a term member of the Council on Foreign Relations. Professor Cross researches international cooperation, especially in the areas of European foreign and security policy, epistemic communities, crises, diplomacy, and public diplomacy. She holds a PhD in politics from Princeton University, and a bachelor’s degree in government from Harvard University. She is the author of three books: The Politics of Crisis in Europe (Cambridge University Press, February 2017), Security Integration in Europe: How Knowledge-based Networks are Transforming the European Union (University of Michigan Press, 2011), and The European Diplomatic Corps: Diplomats and International Cooperation from Westphalia to Maastricht (Palgrave Macmillan, 2007).

This event is part of NUPI’s seminar series Norway meets Europa, and will be moderated by Research Professor at NUPI, Pernille Rieker.