Small states facing the EU: The case of Swiss-EU relations 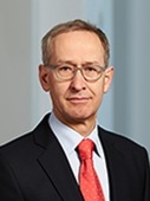 After the EEA was formed in the early 1990s, Switzerland rejected in referendums the EEA as well as EU membership, and later negotiated a comprehensive set of agreements with the EU, with a resulting system of formal autonomy combined with open borders. The price to pay for Switzerland is autonomous adaptation of considerable amounts of EU regulation, plus tough negotiations and some missing pieces in the set of agreements. Recently, the EU has pushed for more automaticity and efficiency in the adoption of new legislation, and a new framework agreement was successfully concluded in 2018. Soon after, however, the agreement was rejected by the Swiss Federal Council, resulting in a stalemate between the two parties.

Will the Swiss-EU relation continue in harmony, or will the EU evoke the “guillotine” clause and terminate current agreements? How real is the Swiss autonomy compared to the EEA? Is the Swiss approach an option from the past, or could it be followed by Brexiteers and others with similar concerns for autonomy in the future? How is negotiating with the EU today, compared to 25 years ago? If anyone can, Dr. Ambühl might be the one tell us where this leads.

Since 2013, Dr. Ambühl is Professor for Negotiation and Conflict Management at the federal technology institute ETH Zurich. Before that, he had a diplomatic and political career, including as State Secretary for Foreign Affairs, playing an important role in the negotiations of several key agreements between Switzerland the EU, and agreements on issues relating to banking secrecy and taxation with the USA and other countries. Follow this link for a recent brief on Swiss-EU relations.

Arne Melchior, Senior Research Fellow at NUPI, also worked with international trade negotiations before his research career. He recently published a book on the European Economic Area, where chapter 2 (in Norwegian) presents a historical review of Norway-EU trade negotiations.