When is it effective to use economic instruments in international politics? 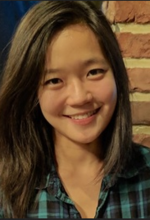 The Theory Seminar will be based upon the following text from Audrye Wong:

“Economic statecraft – the use of economic tools to pursue political goals – is an important foreign policy strategy for many major powers, and has been an increasingly important tool for China. I provide a theoretical framework to explain the effectiveness of economic statecraft, focusing on positive inducements, which have been relatively understudied. I argue that effectiveness is influenced by the interaction between two variables: (a) the type of inducement strategy; and (b) the level of public accountability in the target country.

Testing my theory using the important case of China's economic statecraft, I show that subversive carrots succeed in low accountability countries, but backfire in targets with high public accountability. In contrast, stakeholder cultivation is more likely to succeed in high accountability systems. To analyze the varying effectiveness of economic statecraft, I adopt a multi-method approach, drawing on evidence from field interviews in seven countries across the Asia-Pacific, case studies, and a survey experiment. My findings have important theoretical and policy implications for understanding the conditions under which great powers can use economic capabilities in pursuit of security goals and geopolitical influence, and for better understanding China’s foreign policy strategies and the strategic impacts of its overseas economic activities.”

Audrye Wong is a Grand Strategy, Security, and Statecraft Postdoctoral Fellow at the Harvard Kennedy School’s Belfer Center for Science and International Affairs, with additional postdoctoral affiliations at the Brookings Institution and at the An Wang China and the World Program at Harvard’s Fairbank Center for Chinese Studies.

She received her PhD in Security Studies from Princeton University’s Woodrow Wilson School, where she was a National Science Foundation Graduate Research Fellow.

Audrye’s research examines when and how states can translate their material capabilities into geopolitical influence, particularly through the use of non-military tools, with a substantive focus on China's foreign policy and Asia-Pacific security issues.

Her current book project examines the strategies and effectiveness of economic statecraft. Other work has looked at the role of subnational actors in China’s foreign policy and the management of asymmetrical alliance relationships.