Researchers on Russia have noticed that Putin gradually has adopted a more conservative agenda, especially as regards gender issues. But is this reflected in the Russian president's own rhetoric? 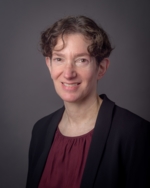 The prevailing wisdom among Russia scholars is that President Vladimir Putin has become a more conservative, traditionalist politician over time, especially on gender issues. Laws and policies reflecting this “conservative turn” include the “gay propaganda law” in 2013, and the “maternity capital” policy introduced in 2006. But does Putin’s own rhetoric about gender and gender equality reflect this conservative trend?

To better understand this ideological shift and how Putin rules, we examine two decades of Putin’s annual speeches aimed at a broad domestic audience. Here we find that while the frequency of Putin’s remarks embracing gender equality has declined over the course of his rule, there is no accompanying shift toward an explicit conservativism. Rather, there is an expansion of the gender-stereotypical/Soviet view that has dominated Putin’s pronouncements on gender-related issues all along. Putin’s varied communications on gender equality constitute an important part of his legitimation strategy, which entails balancing the potentially contradictory interests of elites as well as multiple constituencies within the general public.

This webinar is hosted as part of the research project «Values-based regime legitimation in Russia».

Valerie Sperling is Professor of Political Science at Clark University. Her research lies mainly at the intersection of Russian politics and gender studies. She is the author of the award-winning Sex, Politics, & Putin: Political Legitimacy in Russia (Oxford University Press, 2015) and the co‐author of Courting Gender Justice: Russia, Turkey, and the European Court of Human Rights (Oxford University Press, 2019).