What’s in the new EU-UK relationship?

The EU–UK Trade and Cooperation Agreement was reached on 24 December 2020, after more that four years of negotiation. Join this webinar to learn more on what the deal holds for the future, both in terms of EU-UK relations and their wider context. 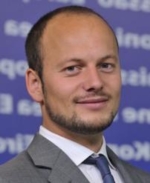 The EU–UK Trade and Cooperation Agreement that was reached on 24 December 2020 marked the end of more than four years of negotiation on the withdrawal of the UK from the EU and on the terms of a new partnership. As the United Kingdom left the EU Single Market, Customs Union and all EU policies on 1 January 2021, big changes have affected public administrations, businesses, citizens and stakeholders on both sides. The EU and the UK now form two separate markets and two distinct regulatory and legal spaces, recreating barriers to trade in goods and services and to cross-border mobility and exchanges that have not existed for decades.

Due to some technical problems, you may not receive a confirmation mail after signing up. However, you will be registered in our systems and be able to attend the seminar.

As the endpoint of one of the most complex and comprehensive negotiations the EU has entered into, Georg Riekeles’ presentation will look at the EU’s negotiation objectives and how these are reflected in the agreements reached. The seminar will also be an opportunity to reflect on what the deal holds for the future, both in terms of EU-UK relations and their wider context.

From 2016, Georg Riekeles served as an adviser to EU chief negotiator Michel Barnier in the negotiations with UK. During the withdrawal negotiations he was in charge of inter-institutional affairs, and then took on responsibility for strategy and communication during the negotiations on the future relationship. Previously to that, he worked on defence and security policy in the Commission’s in-house think tank European Political Strategy Centre (EPSC), and in the cabinet of the Commission Vice-President in charge of the internal market (2010-2014). Georg Riekeles has also worked in the French Ministry of Foreign affairs and Ministry of Agriculture and Fisheries, as well as in the private and non-profit sectors. He holds a master’s degree in political science from Sciences Po Paris, and studied economics and philosophy at the London School of Economics.