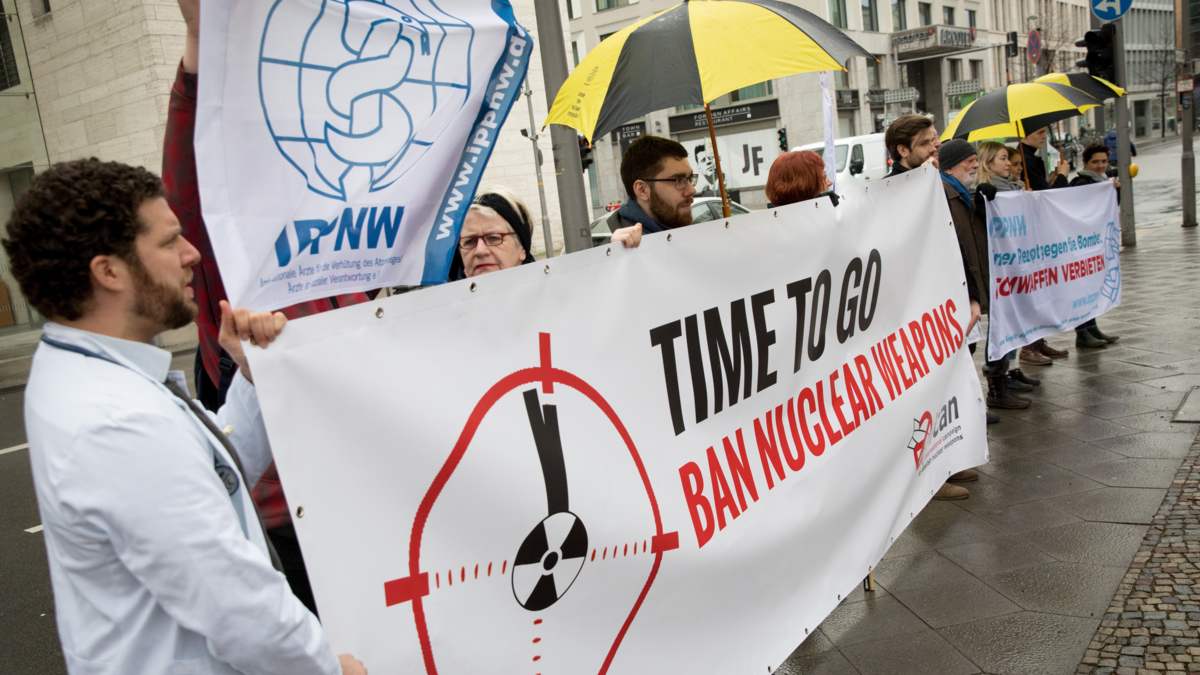 – A ban on nuclear weapons is worthy of support

Sverre Lodgaard has looked into the possibilities and limitations of the negotiations now taking place.

On 27 March the UN begins the negotiation of a nuclear ban convention. Sverre Lodgaard, Senior Research Fellow at NUPI, has done extensive work on nuclear weapons and disarmament. He has written a note on the way ahead towards a ban on nuclear weapons:

An excerpt from the note reads as follows: “Clearly, it does not suffice to eliminate the weapons and let the rest stay. If that were the case, one would be left with a world of threshold states. Virtual arsenals – a capability to reintroduce the weapons on short notice – would continue to exist along with deterrence doctrines and the mentality that nuclear war might still happen. In such a setting, a ban on use would ring hollow.  Nobody would be attracted by such a vision.

So in addition to the weapons, dedicated infrastructure and weapon-grade materials should be eliminated as well and related manpower transferred to other sectors. Virtual arsenals also need arsenal keepers and they are seldom neutral experts, but socio-political actors with a vested interest in what they are doing. If circumstances allow, they might act to expand their activities and argue for a return from virtual to real arsenals. As for weapons-grade materials, HEU is not the problem, but plutonium may be. If there is no technical solution, a compromise has to be struck with the civilian power industry.

A comprehensive ban on possession is therefore crucial in order to achieve a credible ban on use. Preservation of some reconstitution capability, however modest, suggests that remnants of old nuclear mind-sets still exist and that in the minds of important actors, nuclear war remains a possibility. This cannot but detract from the credibility of a ban.

On the margin, an argument can be made that in addition to a comprehensive ban on reconstitution capabilities, a new security culture would be needed that leaves no place for anything nuclear.”