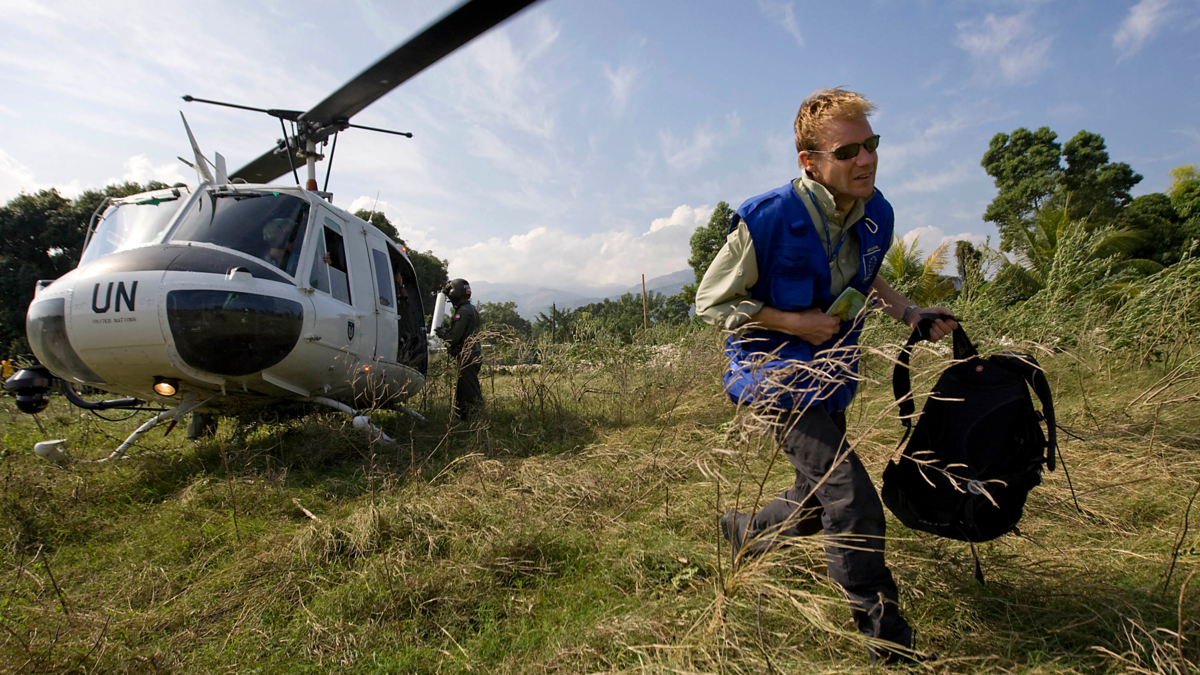 PREVENTION: The European Union’s understanding of peacebuilding is closely related to a broader conflict prevention agenda. The image shows a member of the European Union assessment team disembarks a UN peacekeeping helicopter in Petit-Goâve, Haiti in 2010.

A different kind of peacebuilding?

NUPI has, together with five partners, investigated the rising powers’ approach to peacebuilding.

The  Rising Powers and Peacebuilding project has looked into questions that have not previously been thoroughly researched: what are the approaches that rising powers take to peacebuilding, how do they differ from those of traditional powers and multilateral institutions, and what lessons can be learned from these new approaches?

The project shed light on how rising powers differ from traditional donors through their increased use of humanitarian aid, development assistance, unconditional commitment of resources, national ownership, and inclusivity as key methods and principles in peacebuilding and conflict prevention.

Dr Cedric de Coning has been the project leader at NUPI, while Dr Marc Lanteigne and Dr Eli Stamnes have contributed to the research and produced policy briefs for the project.

The policy brief shows that the European Union’s understanding of peacebuilding is closely related to a broader conflict prevention agenda, involves a broad range of instruments, and is in line with the liberal peacebuilding approach that has dominated the field for the last two-three decades.