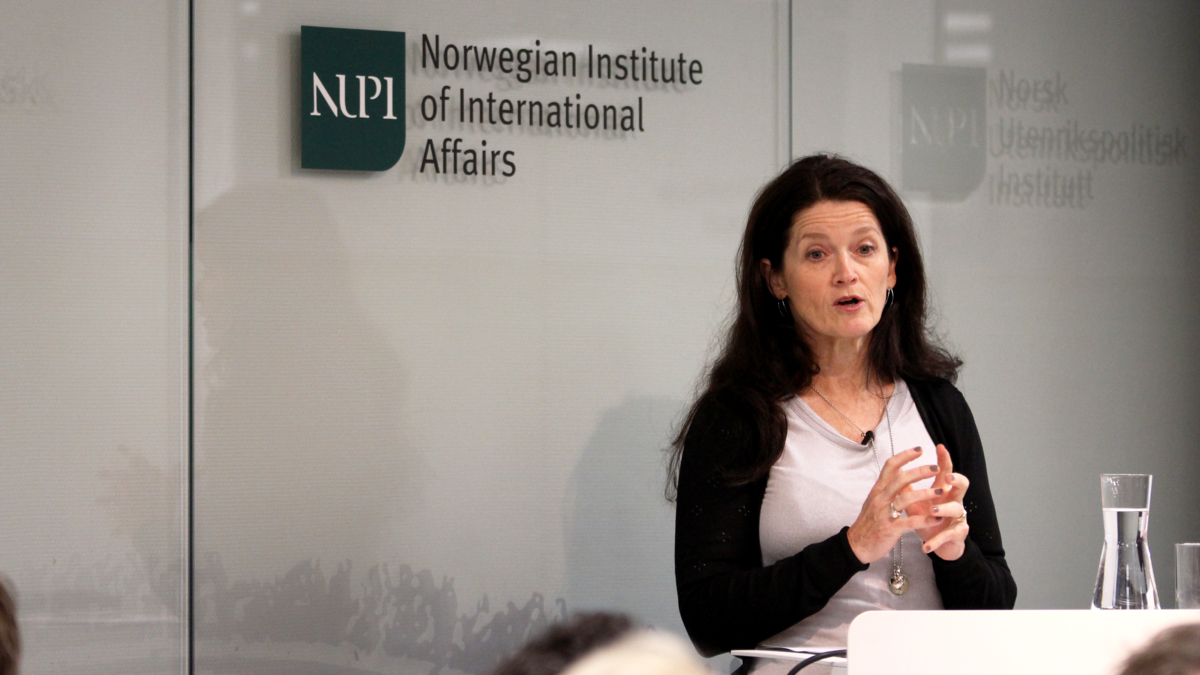 UNCERTAIN FUTURE: 'Many smart devices are actually quite dumb,' Madeline Carr said when giving her talk on cybersecurity at NUPI. She explained how simple products, such as smart light bulbs that can't be updated with new software or be password protected, can function as gateways for hackers.

An unsecure web of things

How do you know if your new TV with an integrated camera is secure?

Dolls answering nearly all your child’s questions. TVs with integrated cameras. Fridges letting you know when you’re out of milk. The number of devices connected to the Internet within 2020 is estimated to be between 20 and 100 billion.

“The internet of things” (IoT) is often referred to as the fourth industrial revolution, and will have profound effects on our lives, probably in ways we still haven’t been able to imagine.

This, and how we shall govern the IoT, was the topic for a seminar with Dr. Madeline Carr, which was organized by NUPI’s Cyber Security Forum on 23 March. Carr is Senior Lecturer in international relations at Cardiff University.

- Madeline Carr is among the top experts on international relations and cybersecurity, and we are very grateful to have her visit NUPI. NUPI has a team of researchers working on cybersecurity, more specifically with issues like public-private cooperation to secure cyberspace, distribution of responsibility nationally and internationally, and capacity building in developing countries, says Research Fellow Lilly Muller, (NUPI), who chaired last week's seminar.

From things to human beings

To talk about IoT in terms of smart fridges and self-driving cars is not sufficient, according to Carr. She explained that IoT is about the next generation of internet technology, consisting of three central components:

Carr also emphasized how much we focus on things when thinking and talking about industrial revolutions – and IoT.

‘But where is the human being in these pictures and conversations,’ she asked.

‘All of this doesn’t happen without considerable influence on how we live, how we work, or how we die,’ Carr said, drawing parallels to earlier industrial revolutions.

She also stressed the importance that policy-makers, companies and private actors think thoroughly through in which way we want the IoT reviolution to affect our lives.

‘Decisions made early on can have a greatly influence how this technology develops,’ she said.