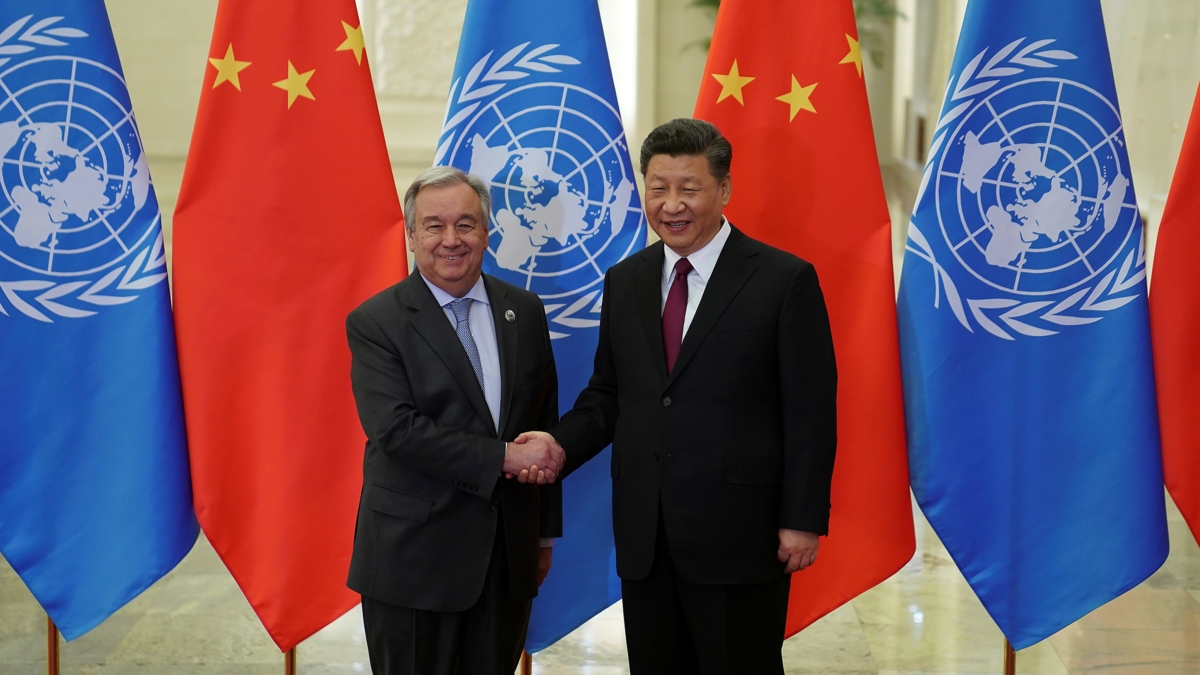 While the rest of the world is shutting down China is restarting its machinery after months of strict infection measures. China’s role as a development actor may grow.

'After SARS in 2003, the last thing China wanted was another corona virus crisis. But China is good at navigating out of crises and we may expect the Chinese to maintain or strengthen their role as an international development partner,' says NUPI senior researcher Hans Jørgen Gåsemyr.

He has over the past year led a project on China and the UN Sustainable Development Goals (SDGs), focusing on China’s overall engagements as well as specific contributions within international health and education, peace operations, aid, infrastructure building and the environment.

The other researchers are NUPI-colleagues Cedric de Coning and Kari Osland and Elling Tjønneland from CMI. Gørild Heggelund from FNI also contributes to the research on environmental politics. The project was supported by the Norwegian Ministry of Foreign Affairs.

The project also includes a report mapping China’s main institutions and leading organizations for cooperation and a report discussing implications for Norway.

Link to relevant publications is included at the bottom of this page.

'The trend is the same in all the areas we study. China’s role is growing and its resources, whether speaking about aid, trade or investments, are of major importance for many developing countries. However, the level of Chinese influence varies and so does the more and less direct relation to specific SDGs,' says Gåsemyr.

The project publications highlight China’s dual role as a major power and a still developing country.

Although the active research was completed before the new corona spread into a global pandemic, the reports on China’s growing role as a sustainable development actor are as relevant as ever.

'We include studies of Chinese contributions to international health, and with the corona crisis unfolding, we see China playing a key role in the delivery of health-related equipment and aid to both high-income- and developing countries. COVD-19 is hitting hard and with a wide range, and Chinese contributions to development finance, other forms of aid and peace operations may also prove vital for fighting the pandemic. The project reports offer a valuable window into China’s engagements in these areas,' says Gåsemyr.

'There is now good reason to ask if COVID-19 may turn into a humanitarian awakening for China, leading to the Chinese increasing their contributions and becoming a major humanitarian actor in the future? Meaning more humanitarian aid, but still based on Chinese principles for development support,' says NUPI colleague Cedric de Coning.

The publications offer a nuanced picture of China’s growing role as an international development partner and points to clearly positive as well as more problematic aspects of Chinese contributions, also with consideration to Norwegian interests.

'Chinese aid is increasing but much is tied to certain goods and services, which is a practice Norway and many other donor countries have long abandoned. Importantly, China is getting much more active in promoting its own development principles, also regarding UN resolutions, as we have seen several times in the UN Human Rights Council in the last few years. China shares many Norwegian development interests but does not promote individual political or civil rights, which, seen from Norway, makes some Chinese initiatives problematic, since we attach so much importance to this,' says Gåsemyr.

He emphasizes that Chinese contributions to the Sustainable Development Agenda are now so significant that ignoring them are like sticking one’s head in the sand, considering how the world is functioning.

'The question is not if, but how, we should deal with China in relation to countries and development issues where Norwegian and Chinese actors meet. The world is now overwhelmed by COVID-19, but several signs point to China’s international importance growing further with this crisis. Norway should thus have an active policy for how to both cooperate with and challenge China on development- and sustainability issues,' argues Gåsemyr.

Want to learn more about this topic? Watch the seminar China as a Development Actor in Africa (January 2020) on our YouTube channel: