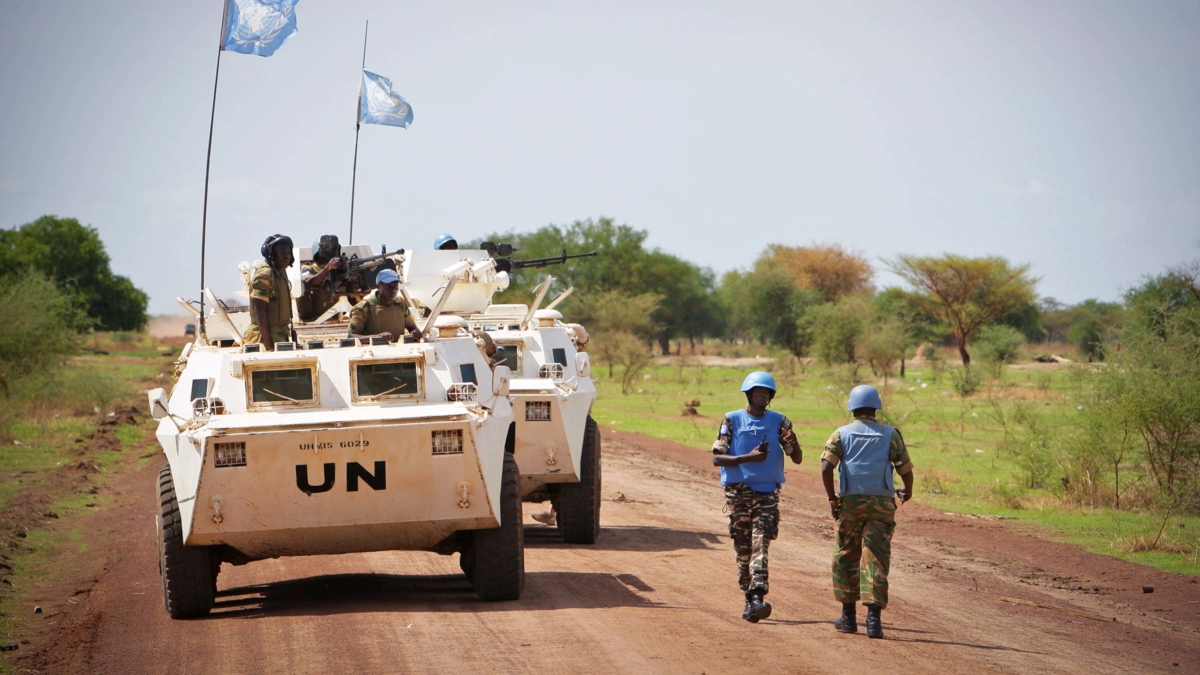 NOTION WORN THIN: It is misguided to expect local responses to missions to be uniformly positive or unambiguous, according to researchers Morten Bøås (NUPI) and Kathleen Jennings (Fafo).

Peacekeeping is difficult, and being a peacekeeper is not easy either. But for the local people living in the midst of a large-scale peacekeeping mission, life is even more precarious.

The Journal of Intervention and Statebuilding has just released a new Special Issue. Titled ‘Service, Sex and Security’, it focuses on the complex world of international peacekeeping.

Guest editors of this special issue are Morten Bøås, Research Professor at NUPI, and Kathleen M. Jennings, researcher at the Fafo Institute for Applied International Studies.

Bøås and Jennings have also written the lead article ‘Transactions and Interactions: Everyday Life in the Peacekeeping Economy’, which introduces and explains the concept of the peacekeeping economy. The term refers to economic activity that would not have occurred, or only on a much lower scale and pay-rate, without the international presence. The focus is on formal and informal economic activity that directly links the international presence with members of the local population.

Not a warm welcome

‘The romantic notion of grateful locals welcoming the white-helmeted (but really blue-bereted) peacekeepers has long since worn thin. Instead, the daily life of most peacekeepers consists of long working hours, routine tasks, stifling bureaucracy, loneliness and homesickness, and the relative isolation of the bunkered compound’, write Bøås and Jennings.

They go on to explain that the local environment is increasingly seen as too dangerous to move about in freely, while the local people whom peacekeepers have supposedly come to serve are kept at arm's length from them, separated by such means as walls and fortifications, private security guards, and high prices charged at exclusive venues where the peacekeeping community often gather.

‘This often results in boredom and cabin fever for the peacekeepers – for many of them, only relieved by indulgence at the bars, clubs, beach resorts, and restaurants that cater to peacekeepers, other international personnel, and local elites’, Bøås and Jennings argue.

‘As difficult and challenging as the life of a peacekeeper may be, however, the life of most locals living in the midst of a large-scale peacekeeping mission is even more precarious. Not only must they live with the consequences of the conflict that brought the peacekeeping operation to their door in the first place, they also need to figure out what the mission, and resultant peacekeeping and peacebuilding activities, mean to and for them’, write Bøås and Jennings – adding that the restoration of security is of course crucially important to local residents.

‘However, it is misguided to expect local responses to missions to be uniformly positive or unambiguous, especially considering that “everyday” (criminal, domestic, and sexual) violence may actually increase in the aftermath of armed conflict, notwithstanding the presence of a peacekeeping mission.

‘Instead, for many there is confusion and frustration that can lead to outbursts of anger, as when people feel that the peacekeeping mission is not having the desired effect on their lives and prospects. But there is also outright amusement, as the locals observe what, to them, seem like strange foreigners trying to navigate a new environment.’

‘Our approach to the peacekeeping economy does not purport to explain everything about peacekeeping and its successes or failures. This is not an attempt to construct a new grand theory about international peacekeeping and affiliated global structures. Our approach is based on concern for people and local economies, and what actually happens when peacekeepers meet the locals’, Bøås and Jennings conclude.