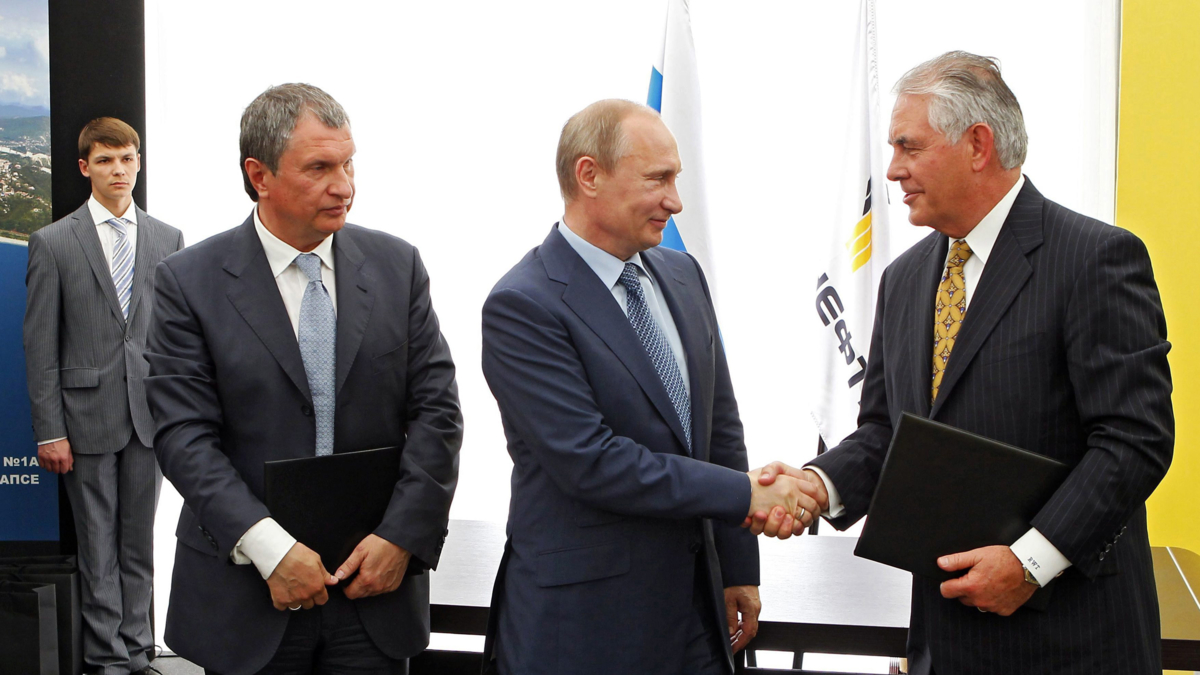 IN AGREEMENT: Russia's president Vladimir Putin and Secretary of state in the USA, Rex Tillerson (R), shake hands during a ceremony of signing an agreement between Rosneft and ExxonMobil. Rosneft President Igor Sechin to the front left.

Former ExxonMobil CEO Rex Tillerson is secretary of state in the USA. That may ease the tension in the country's relationship with Russia.

In an article published in Polar Record back in 2013, we described CEOs Rex Tillerson (ExxonMobil) and Igor Sechin (Rosneft) hugging in Davos and discussed the broader relationship between the two companies. Back then, we did not know that Donald Trump would become President of the USA, nor how important the Tillerson - Sechin relationship was to be in the future.

You can read the article Rosneft’s offshore partnerships: the re-opening of the Russian petroleum frontier?here.

Rosneft's rush of deals with foreign companies during that period was interrupted by the sanctions against Russia. But ExxonMobil and Rosneft have been working closely together for over 20 years, including large-scale projects off the island of Sakhalin in the Russian far East.

With Trump at the helm and Rex Tillerson as Secretary of State, who knows how long sanctions will last.

Would you like to know more about the influence of the petroleum sector on geopolitics? See the NUPI seminar Global Petroleum Geopolitics on YouTube: