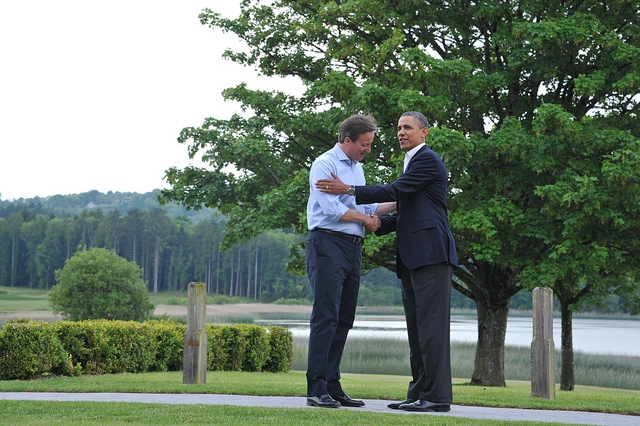 CLOSE RELATIONSHIP: USA and the United Kingdom have defined their relationship as «special».

When two countries constantly talk of each other as "special" friends and allies, this has consequences for practical policy. Words and actions are mutually reinforcing, says Kristin Haugevik, who defends defends her PhD on July 4th.

In her dissertation Haugevik has studied how friendships and special relations between states occur and are maintained.

“When a particular representation of an ally becomes dominant in a country's domestic political debate this forms the interaction between the two”, she explains.

Words and actions reinforce each other

“In political debates in the UK the relations with the United States are mainly described as an equal friendship and partnership. This image is reinforced in part through frequent presidential and prime ministerial visits between the two countries, and almost ritualistic confirmation of the unique character of the relationship. There is a reason why American presidents and British prime ministers always praise ‘the special relationship’ when they meet”, says Haugevik.

The thesis also shows how American and British diplomats have what can only be described as a unique access to each other's political system.

The Norwegian-British relations have developed in a different direction. In the parliamentary debates in the 1950s and 1960s Britain was often portrayed as a political beacon for Norway. Today the relationship is characterized by what some diplomats refer to as "friendly neglect."

“Britain has gradually disappeared from the Norwegian foreign policy debate. After 1965, the descriptions of the Norwegian-British relations have been more businesslike and at times also more critical. This is reflected in practical politics. For example, visits between the Norwegian and British prime ministers have been irregular in the past forty years, and at times completely absent”, Haugevik says.