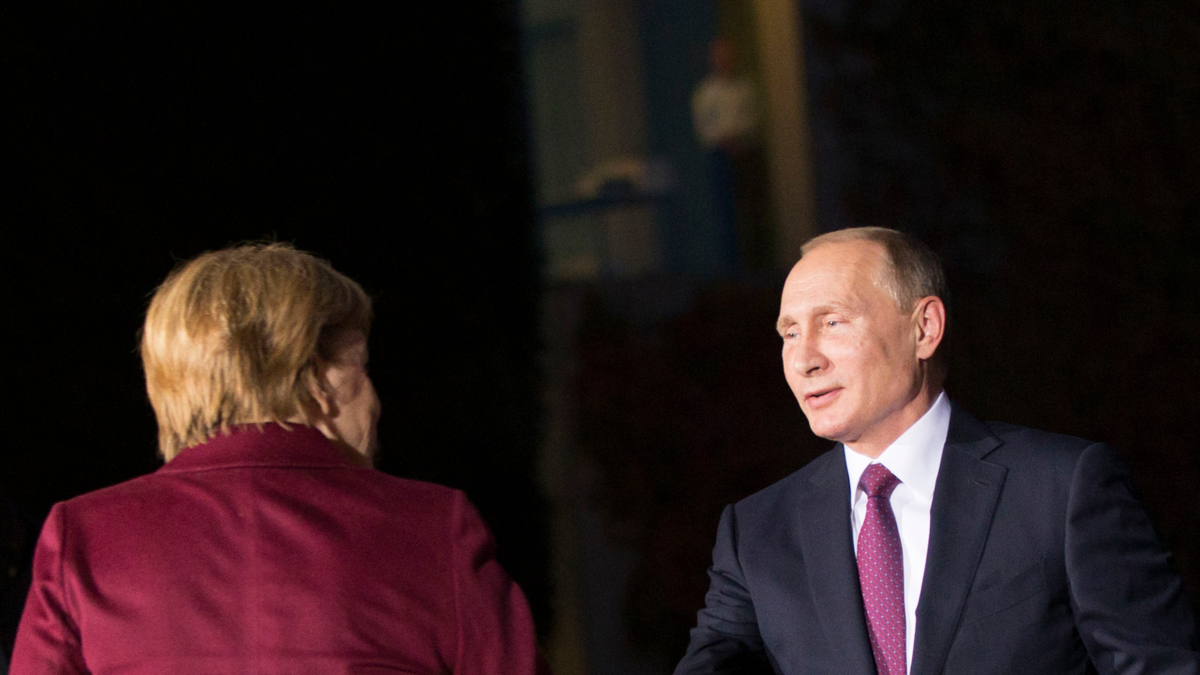 THROUGH RUSSIAN EYES: Russia's view on Europe is historically characterized by a swinging pendulum - between Westernization and nationalism.

From cooperation to conflict

How does Russia see Europe? That is the topic of the latest book by Iver Neumann, who finds that the pendulum swings between the view of Europe as decadent and rotten, and Europe as something to emulate.

On 19 August 1991, tanks headed into Moscow’s Red Square. The August Coup failed, but it marked the beginning of the end for the Soviet Union. In the coming years, Russia’s relationship with Europe would shift from cooperation to conflict.

Today a pronounced nationalist attitude dominates Russian opinion. Iver Neumann describes a reality characterized by a shift from a pro-Western to a xenophobic stance.

Neumann is a NUPI Research Fellow and Professor in International Relations at the London School of Economics. After the fall of the Soviet Union, he produced a book on Russia’s views on Europe. Now, two decades  years later, he has repeated the exercise, resulting in a new edition of Russia and the idea of Europe (Routledge) as well as the article ’Russia’s Europe: 1991–-2016: Inferiority to Superiority’, published in the latest issue of International Affairs.

‘Communism was a competing ideology to capitalism. The Russians set out to show the whole world the course of the future. However, Communism served merely to move people out of the fields and into the factories. This led the Russians to copy the West, notably in the cities. In the countryside, conditions are primitive as in the past: bad roads, few jobs and a lot of alcoholism.’

That describes Neumann’s view on Russia when he wrote the first edition of Russia and the idea of Europe. Today, however, the pendulum has moved away from the orientation towards the West.

‘Now we have capitalism in place in the cities, together with an authoritarian political regime. The regime knows very well that it can’t lean on the middle classes in Moscow and St. Petersburg, who are calling for more rights, democracy and Westernization. That’s why Putin has turned to the working classes and the rural areas, which are far more conservative’, he explains when asked how today’s Russia differs from the one he observed in the early 1990s.

Neumann is amazed that Putin seems to have learned so little from the fall of the Soviet Union.

‘Without a more dynamic model of society, Russia will remain economically insignificant. At the moment, it’s located somewhere between Canada and Italy in that respect.’

Neumann sees several of Russia’s recent actions as spectacular compensation measures:
‘The annexation of Crimea, the Aleppo bombings, the scrapping of nuclear deals with the USA and the militarization of outer space don’t cost that much. They’re popular back home, and they mean that the real great powers – the USA and China – have to pay attention to what Russia is doing. But in the long run, this is suicidal. The USA can decide to do the same as it did in the 1980s: arm Russia into poverty. That won’t cost all the world. And what could a weak Russian regime do in that case?’

The feeling of being great

Today a nationalistic view dominates Russian society. But what are the causes of the Russian idea of Europe we see today? And why is Russia striving to be great?

‘Yes, that is at the root of the drama. If Russia is great, that gives every Russian a feeling of greatness. I would say that, for most Russians, Russia can’t exist as anything but a great power. We see something of the same in England — 50 years after the empire vanished, the English still see themselves as a great power — but at least in England, much of the elite is sufficiently aligned with thinking in the rest of the world that they realize this isn’t the case’, Neumann says.

‘We could say extreme voluntarism in the philosophical sense prevails in Russia: If you just keep telling yourselves and everyone else something loudly and often enough, then it is true’, Neumann says, and continues:

‘The fact that the closest thing Russia has to an ally, namely Ukraine, has become alienated for at least a generation, isn’t important. Neither is the fact that the Russian Federation has one tenth of the population of China, nor that Russia can’t afford a proper infrastructure. All of this is to be compensated by greatness: superior history, superior morals, superior everything. It is pitiful – but extremely dangerous.

Neumann sums up Russia’s relationship with Europe as a love/hate one.

In every situation where the Russians can demonstrate what they see as greatness for a low cost, they will, according to Neumann, who notes:

‘The orchestration of warfare in eastern Ukraine is one example. Or state systems for sports doping. Broad public-opinion support for Russian soccer fans attacking spectators at the world championship. The hacking of the website of the US Democratic Party.’

Neumann explains that what makes the situation dangerous is Russia’s inability to recognize that they provoke Western reactions by such policies.

‘To the Russians, we in the West are the aggressive ones – when we deploy troops in the Baltics and in Poland, station US troops in Norway, and so on. They simply don’t see that this is a direct consequence of their own policies. So yes, this is a dangerous situation. It is never easy to tackle a former great power that is attempting to cling to a status which it obviously can no longer afford.’