African countries face some of the biggest challenges due to climate change compared to other parts of the world, but the funding for research on these changes and their implications in Africa constitutes only a small fraction of global funding for climate change research. 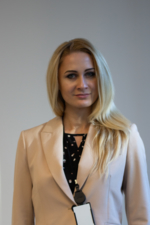 African countries have contributed a small fraction of global greenhouse gas emissions, but they face disproportionate risks from climate change. Despite this fact, less than 4% of global funding for climate change research the past 30 years has been spent on African topics. The largest share of this funding originates outside Africa and the majority of the receivers of this funding are institutions based in Europe and North America.

This imbalance is one of many inequities associated with climate change and raises questions concerning the origin, distribution, and thematic prioritization of funding for climate-change research on Africa.

In a newly released research article, five NUPI researchers together with colleagues from the University of Cape Town have taken a closer look at the funding flows for climate change research on Africa. They have analysed a database comprising USD 1.51 trillion of research grants from 521 organizations around the world and covering all fields of research from 1990 to 2020. They have looked specifically at the sources of funding and where recipients of those funds have been based, how these funds are distributed across different topics and fields, and which African countries are prioritised as the objects of funded research.

Africa comprises over a fourth of the world’s countries, almost a fifth of its population and is host to some of its most biodiverse ecosystems. African countries are warming faster than the global average and has many populations highly vulnerable to climate change impacts. A reduction in the agricultural productivity growth by 34% since 1961 has had its impact, and floods and droughts have for the last two decades affected 337 million people across the continent.

Galina Kolodzinskaia, co-author and Visiting Research Fellow at NUPI explains why this research is important:

– Africa is not only the continent that suffers the most from climate change, but it might also become the continent that will unleash the most drastic climate-change knock-on effects for the world as a whole. Increasing desertification and deforestation can cause massive displacement of people, animals, and insects, accelerating the spread of diseases. Considering the scale and severity of observed climate change impacts and risks, Africa merits a central place in global climate research.

Funding from and to Western countries

The comprehensive analysis the researchers have done in this study shows that the main sources of funding for Africa-related climate research are the UK, the USA and the EU. Germany and Sweden also play a prominent role.  In addition to being the main sources of research funding, institutions based in Europe and North America received 78% of the funding for climate research on Africa, while African institutions received only 14.5%.

– Considering the fact that funding plays a key role in directing research priorities and thereby informing responses to climate change, this almost absolute dominance of European and North American institutions diminishes the ability of African institutions to set the research agenda and develop their own research output. In other words, it makes African institutions the recipients rather than co-producers of knowledge. As a result, this can have negative implications for the progress of climate change research and action in African countries, says Aidai Isataeva, co-author and Visiting Research Fellow at NUPI.

This work was carried out with financial support from the UK Government’s Foreign, Commonwealth & Development Office and the International Development Research Centre, Ottawa, Canada (grant number 109419–001). C.H.T supported by FLAIR Fellowship Programme: a partnership between the African Academy of Sciences and the Royal Society funded by the UK Government’s Global Challenges Research Fund.