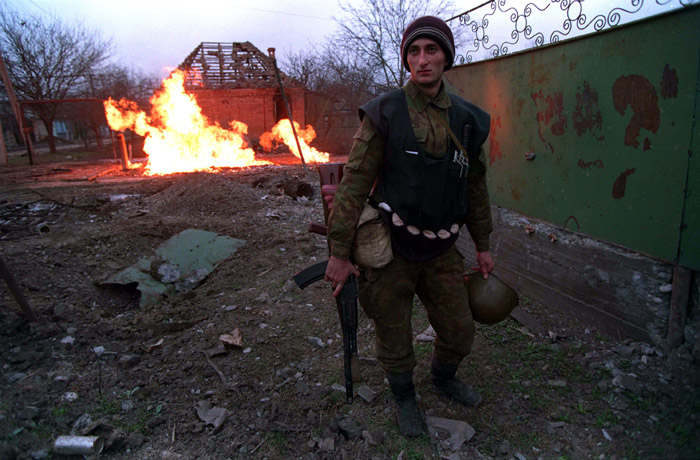 What is it that makes violence against certain groups or areas unthinkable, while in other cases it seems almost necessary?

The use of violence may seem acceptable when the counterpart in a conflict is portrayed as radically different from ourselves, according Julie Wilhelmsen, who is defending her doctoral thesis on the Russian war in Chechnya on March 21.

Russia's second war in Chechnya (1999-2001) was carried out with massive violence and remarkably little regard for civilians. Nevertheless, this was a war most Russians accepted. What is it that makes violence against certain groups or areas unthinkable, while in other cases it seems almost necessary?

This question is the subject of Julie Wilhelmsen's PhD, which shows how linguistic representations of another territory or another group legitimizes the use of violence.

“Representations of others as radically different from ‘us’ and a threat to ‘us’ can make it seem as if violence is the only solution”, Wilhelmsen says.

In the case of Chechnya, the picture of the republic and the population as suffering victims of Russian warfare during the First War (1994) was replaced by a one-sided picture of Chechnya as an existential terrorist threat in 1999. Not only Russian authorities' use of language, but also the media and the experts' presentations helped create the stereotype that Chechnya equals terrorism. This legitimized the use of violence, such as massive bombing of the Chechen territory, ‘cleansing operations’ with extrajudicial killings, torture and disappearances, and illegal arrests and arrests of Chechens in Russian cities.

“The language and violence related to the war in Chechnya is part of the backdrop for the wide uprising Russian authorities are facing in the North Caucasus today, and that occasionally manifests itself in the black widows’ acts of terror. The spiral of violence in the North Caucasus appears to be on the rise”, Wilhelmsen says.

In her thesis she suggests, however, that conflicts can be scaled down even where the parties are so alienated towards each other that the only way they communicate is with weapons. Anyone who has a voice in the public sphere can help to reduce the stereotypes that legitimize violence.

Julie Wilhelmsen is a researcher at Norwegian Institute of International Affairs and has completed her PhD at the University of Oslo.