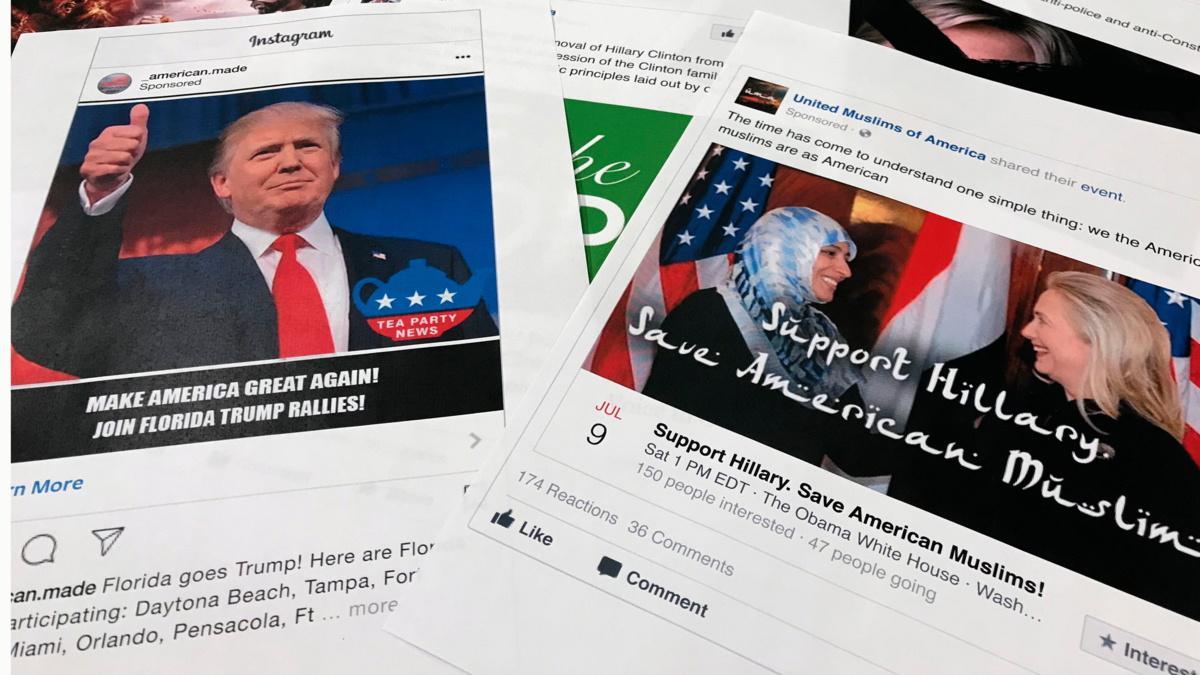 HYBRID THREATS: In a new analysis, Senior Research Fellow Patrick Cullen describes how hybrid threats – for example disinformation, influence campaigns and hacking attempts targeting critical infrastructure – are particularly challenging for those who are to surveil threats and report potential danger. The photo shows Facebook and Instagram ads linked to a Russian effort to disrupt the American political process.

Hybrid threats – and why they are so difficult to reveal

In a new analysis for The European Centre of Excellence for Countering Hybrid Threats (Hybrid CoE), Senior Research Fellow Patrick Cullen (NUPI) describes how hybrid threats – for example disinformation, influence campaigns and hacking attempts targeting critical infrastructure – are particularly challenging for those who are to surveil threats and report potential danger.

‘Early warning’ is a key term in intelligence, meaning that government and inhabitants get early notice if something dangerous is about to happen, like an attack on the homeland. Hybrid threats represents a relatively new type of problems to early warning, known as ‘wicked problems’.

‘Wicked problems are problems that are so complex that trying to solve them creates new problems,’ explains Cullen.

The term entered the warning lexicon after 9/11. According to Cullen’s analysis, these wicked problems call for intelligence to be more creative when developing ways to reveal and meet threats.

Beyond the military sphere

Russia’s interference in the U.S. presidential elections, with the use of targeted Facebook ads is a well-known example on how a hybrid threat takes place.

'During the cold war, we looked at the adversary’s military capabilities. Now we need to take a closer look at the non-military stuff,’ says Cullen.

According to him, one characteristic of the wicked problems posed by hybrid threats is that one is often unable to actually spot the threat before the effect manifests – for instance in civil society.

Cullen illustrates the complexity of these issues, using the human body as an example:

“If you constantly monitor heart rate, breathing, stuff like that… Then maybe you see a small indicator of something unusual, like pain. Then you try to find out what’s causing this. It could be nothing, but it could also be a severe threat to your health.’

Trade as a security challenge

Hybrid threats and hybrid warfare can also take place in the economic sphere.

‘Foreign direct investments, for instance. Since the Cold War, we’ve tried imagining trade as trade and politics as politics. In a different political environment where trust is decreasing, you have to start thinking of security ramifications of different deals,’ says Cullen.

He gives an example:

‘For instance, it could be a non-democratic state’s state-sponsored telephone company trying to buy these critical infrastructures in Norway. There’s an increasing need to think about the security implications of deals like this. You can say globalization increases these problems. In the Cold War, we didn’t connect online, economically and so on in the same way we do in the world today.’

According to Cullen’s analysis, some intelligence agencies are experimenting with new methods and practices to develop a hybrid threat situational awareness.

He points out that part of the process towards new methods and practices involves new ways to look at ourselves in order to search for weak signals of hybrid threats, and concludes:

‘Another part of this process of adapting warning intelligence to hybrid threats involves expanding the types of mysteries we are trying to understand. Thinking creatively and analytically about the possible coordinated use of the non-military (and not just military) tools in our adversaries’ arsenals against our societies’ weaknesses – and building analyses and indicators to counter these risks – is a case in point.’