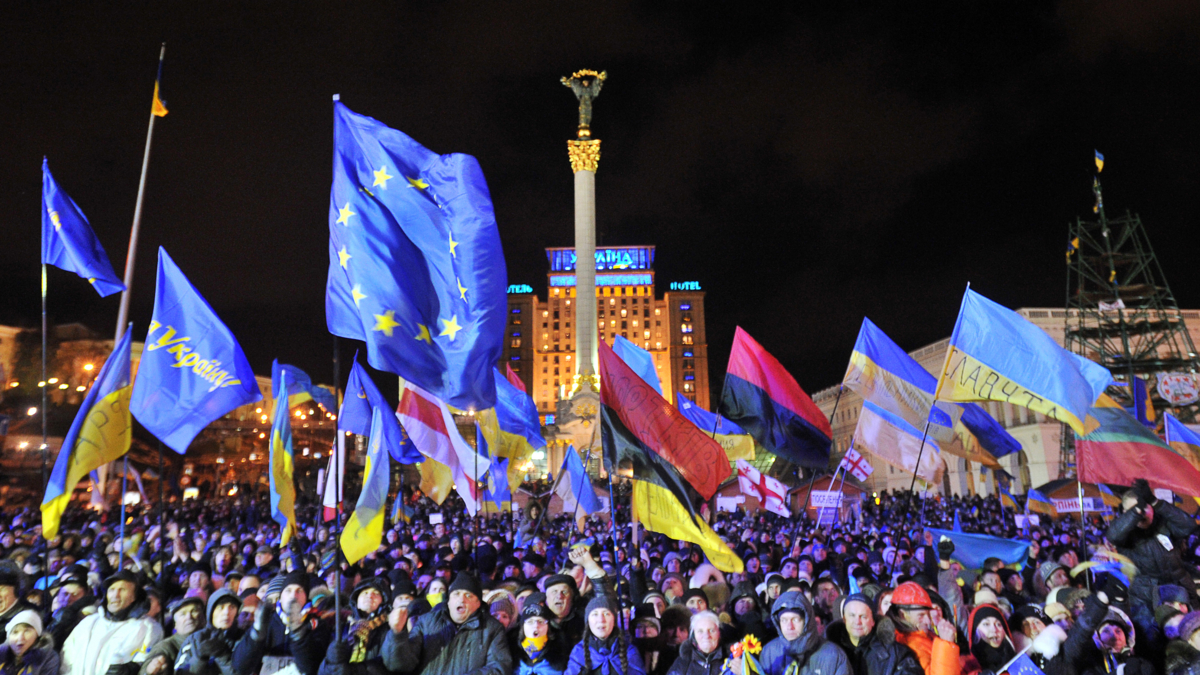 NEW COURSE: After the Ukraine crisis, the EU is converting its strategy towards its neighbours in the East.

In the wake of the crisis

After the Ukraine crisis, the EU’s approach towards Russia has changed, according to results from a NUPI research project.

A recently completed NUPI project has examined the role of the EU in the Ukraine conflict, and the implications for Norway. This project, The Russo–Ukraine crisis and the role of the EU: implications for Norway,has been funded by the Norwegian Ministry of Defence and conducted by NUPI research fellows Pernille Rieker and Kristian Lundby Gjerde, together with Dr Josef Bátora of Comenius University in Bratislava.

What is the role of the EU in the conflict between Russia and Ukraine? A recent NUPI project has examined this issue.

‘The EU has moved away from its earlier normative approach. It has become clear that the European Neighbourhood Policy (ENP) has not performed according to the original intentions of contributing to peace and stability in Europe,’ explains Pernille Rieker, project leader and senior researcher at NUPI.

Through its ENP, the EU works with its southern and eastern neighbours, seeking to achieve closer political association and optimal economic integration.

International society has been deeply upset by Russia’s actions of annexation and destabilization. These cannot but elicit reactions, Rieker emphasizes.

‘We also find growing concerns about where to go next. This does not mean that the EU will necessarily compromise on its own values or interests, but some have begun questioning whether the EU’s approach to its eastern neighbours should be modified somewhat. Also, some voices argue that the EU has behaved too technocratically, and has failed to take full consideration of geopolitical realities.’

Rieker further notes that the EU is starting to change its strategy towards its neighbours in the east – not least because its policy to date has failed to contribute to greater peace and security, as was intended.

‘The EU’s unified neighbourhood policy has been replaced by more flexible processes, where several actors are now involved at various levels to contribute to institution-building in Ukraine,’ she explains.

‘It is to be hoped that both the EU and the Russian Federation want security and stability in the future. Here the challenge is that Russia and the EU have very different views on what it will take to achieve this.’

Rieker explains that while the EU has shown in the past that it wishes to create stability through expansion and European integration, Russia wants acknowledgement for its own spheres of interest.

‘While these perspectives are in part mutually exclusive, the EU has now realized that it must relate to Russia and the eastern neighbours in another way than before, and that integration and expansion do not automatically lead to peace and stability. By disregarding Russia, one has created a dangerous situation.’

Q: ‘Is the debate on European security – and on the relationship between the EU and Russia – too polarized?’

‘It is a fact that misunderstandings and inability to see oneself from the outside may accelerate conflicts, as may inability to understand the other side.  Most of the time, both parts stand to gain if a conflict can be solved through diplomacy and dialogue, but this demands political will from both sides’, explains Rieker, who has co-edited the recent volume, Dialogue and Conflict Resolution.

Relations between Russia and the EU have been difficult and tense, involving sanctions and counter-sanctions in the aftermath of the incidents in Crimea and Ukraine.

Q: ‘Have you any advice to offer the Norwegian authorities, based on your research?’

‘An important point is to understand how the other part is thinking in a given conflict, while at the same time reflecting on how one’s own policy is read by others. Moreover, it is not always necessary to compromise on one’s own values when seeking dialogue and diplomatic solutions. But this is something the Norwegian authorities already know very well. The relationship between Europe and Russia, and Norway and Russia, is a recurrent issue that cannot be ignored.’

The results from the research project were presented at a NUPI seminar on14 January 2016. Watch the seminar here: