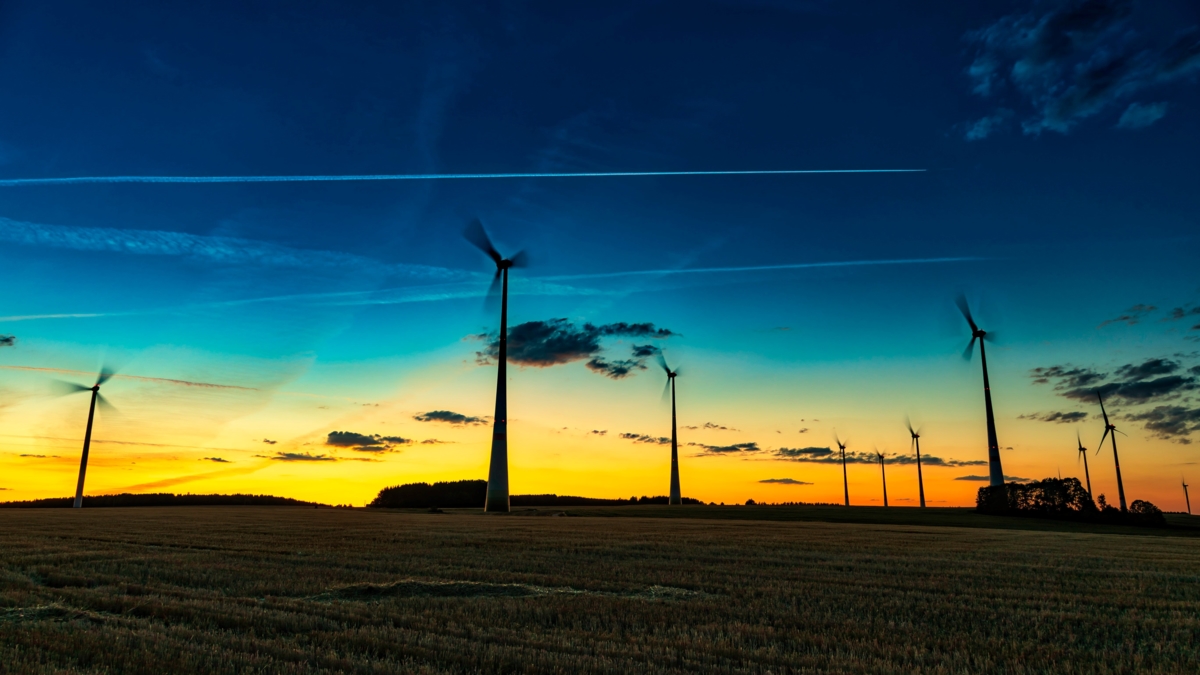 META REVIEW: NUPI researchers Roman Vakulchuk and Indra Øverland, together with Daniel Scholten (Delft University of Technology) have reviewed, systematised and aggregated the existing research on the geopolitical consequences of the transition to renewable energy, presented in the open access article ‘Renewable energy and geopolitics: A review’, which was published in Renewable and Sustainable Energy Reviews in April 2020.

New meta-review of 204 publications on renewable energy and geopolitics

Will the world become more secure if renewable energy is adopted on a large scale? Can electricity transmission be used as a foreign policy instrument or weapon similar to how oil and gas resources have been used in the past? Will renewable energy leaders such as China, Denmark, Germany and the UK strengthen their positions in world affairs? How likely is a backlash from declining petrostates during the transition phase?

These are some of the crucial questions for academics studying the implications of the rise of renewable energy sources for geopolitics.

NUPI researchers Roman Vakulchuk and Indra Øverland together with Assistant Professor Daniel Scholten (Delft University of Technology) have conducted the first thorough meta review on renewable energy and geopolitics. The article ‘Renewable energy and geopolitics: A review’, is open access, and was published in the journal Renewable and Sustainable Energy Reviews in April 2020.

NUPI: ‘Why did you choose to write this article?’

Roman Vakulchuk (RV): ‘Several factors triggered our interest. We first started studying the topic in 2017 as part of a research project carried out jointly by NUPI, Harvard University and Columbia University. Over the past years, a number of scholars published on this topic and claimed they are breaking new ground and that the “geopolitics of renewables” is an entirely new topic, that hardly anything has been published on it before and that they are among the first to explore it. But we came across publications from all the way back in the 1970 and 1980s. Just to give one example, in 1980, the California Academy of Sciences issued a report where they discuss how renewable energy could lessen US energy vulnerability and the likelihood of war. We thus realised there is a need to carry out a comprehensive review of the literature on the geopolitics of renewable energy. So we ended up with a 15,000 word meta-review of 204 publications. The sheer number of publications says something about the importance of the topic.’

Indra Øverland (IØ): ‘Our article is so long it can send even the most dedicated reader to sleep. We believe we covered all the main aspects of this issue area and if someone needs to know what the literature is saying about a specific sub-topic in this field of research, we hope our study can be helpful.

There is a great need for more review articles and meta-studies in the social sciences. They can help consolidate and move forwards whole fields of research, and they also provide a useful service for other researchers. While they are common in the natural sciences and especially in medicine, they are rarer in social sciences. Without meta-studies, scholars may have a limited overview of a field and then may mistakenly claim that their research is new and groundbreaking.’

NUPI: ‘In the article abstract you write: “Many of the reviewed publications share some weaknesses: a failure to define “geopolitics”. How should ‘geopolitics’ be defined according to you?’

RV: ‘Geopolitics is one of the abused terms in international affairs and academia. It is used across an incredible variety of contexts. Often, those who use it do not define it and take for granted that everyone knows what it means. Also in our study we found that only few authors define it before they use it. This can be misleading. In the article we stick to a simple and classic but relatively narrow definition of “geopolitics”, namely “great power competition over access to strategic locations and natural resources”.’

NUPI: ‘What are the most important findings in your article?’

RV: ‘One of our main findings is that renewables may reduce the risk of large violent conflicts but cause more small-scale conflicts. Many of the works we have examined share this view. However, we can also distinguish between two camps: the “renewed conflict” camp and the “reduced conflict” camp. The first holds that renewables will not change the extent and frequency of energy conflicts and that they will just come in new forms. By contrast, people in the second camp think that renewable energy will increase energy independence and thereby reduce the level of conflict in the world.

IØ: We also found that there is a lack of systematic empirical, theoretical and analytical frameworks to study the phenomenon. Sometimes we see scholars resorting to the use of old frameworks applied to study the geopolitics of oil and gas. Maybe by inertia or maybe because no new analytical frameworks for renewables have been developed yet. Based on our study, we see that the geopolitics of renewables differs from that of oil and gas in many ways. We have a table that shows this. The main difference is the fear of resource scarcity which does not apply to renewables as much as it does to oil and gas. We also see that oil and gas markets revolve around issues of demand and supply, exports and imports. But for renewable energy markets the critical issues are storage, intermittency and how well infrastructure is managed. So we need new analytical approaches and frameworks to better understand the geopolitics of renewables. And this is one of our main recommendations for future research.’

NUPI: ‘Will the world become more secure if renewable energy is adopted on a large scale?’

IØ: ‘It should be. But there are two answers to this. On the one hand, if renewable energy is produced and consumed domestically, the risk of large-scale military conflicts between countries will be lower. Countries will no longer need to protect transportation routes and maintain large military apparatuses to secure energy supplies as is the case with oil and gas supplies. Geopolitical power will be more evenly distributed in the world with more renewable energy. We also found this in another of our recent studies where we built an index of geopolitical gains and losses for 156 countries after energy transition (the GeGaLo Index). On the other hand, if renewable energy feeds into regional grids involving many countries, conflicts and disputes are still likely to occur.’

RV: ‘Many do not distinguish between different types of renewable energy assuming there are no geopolitical differences between say wind and solar energy. In fact, risks can vary significantly. For example, offshore wind in European waters carries fewer geopolitical risks than solar panels and transmission lines installed in desert areas in North Africa. The latter are more exposed to potential attacks from terrorists or non-state military groups. In this particular case, solar energy has more geopolitical risks than wind energy. But these differences are rarely discussed in the literature.’

RV: ‘We found that cybersecurity and critical materials are two fast-growing themes in the literature. We think that while cybersecurity risks for renewable energy are exaggerated, potential competition over critical materials needed for renewable energy technologies is a possible geopolitical concern, but again not as dramatic as some perceive it to be. As Amory Lovins, famous US physicist, notes, there are available substitutes for rare earths in the production of wind turbines. Market mechanisms will take care of many of these issues. So there is no need to overdramatize future supply and geopolitical competition over rare earths.’

RV: ‘Imagine a large oil-exporting country losing its revenue from fossil fuel exports, its main source of income and primary source of stability. If no one buys oil from that country and it has few other sources of revenue, it will experience a serious economic crash. This can lead to a protracted domestic crisis and instability potentially a civil war or conflict with neighbouring countries. One can draw a parallel with how the situation is unfolding in Venezuela these days. On the other hand, countries that no longer need to import oil because they increasingly rely on renewables, will be among the winners of the energy transition’.

NUPI: ‘Can electricity transmission be used as a foreign policy instrument or weapon similar to how oil and gas resources have been used in the past?’

RV: ‘This is a good question but there is still no clear answer to that. Some scholars argue it can be used, others disagree. So far this has rarely been the case in practice. But one thing is clear, renewable energy should lessen dependence between the countries making the issue of energy exports and imports less relevant. What could potentially be a risk if some countries monopolise the production of renewable energy technologies and then use them in their foreign policy: selling it to friends and cutting supplies to foes.’

RV: ‘The answer is that we do not know this. The issue, as we argue, has not received adequate scholarly attention yet and is highly uncertain. But a potential backlash carries a lot of geopolitical risks and this requires more research and analysis.’

NUPI: ‘What is the likely effect of a transition to renewable energy on international relations?’

IØ: ‘Since geopolitical power will be more evenly distributed with more renewables, many countries will no longer have leverage over other countries. This could lead to democratisation in some countries. And we know the theory of democratic peace, according to which democracies do not start war with other democracies. Accordingly, this should enhance international cooperation and strengthen regionalisation. Thus, the effects on international relations are likely to be positive making the “geopolitics of energy” less conflictual.’