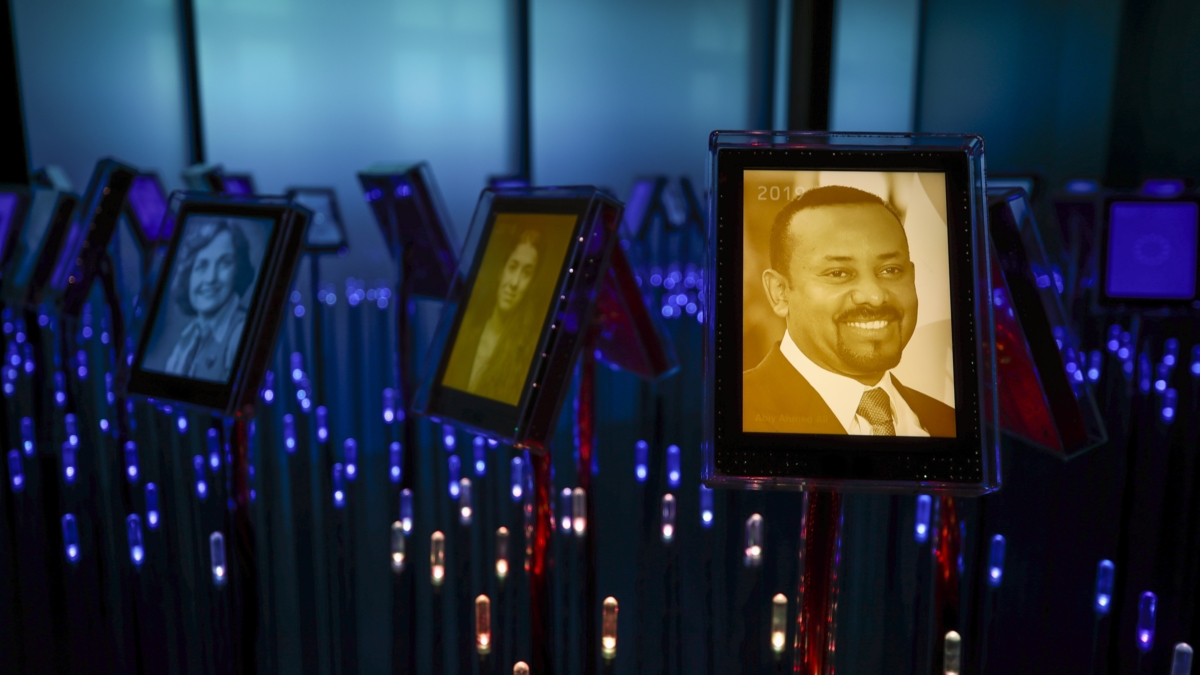 PM Abiy Ahmed is pictured in “The Nobel Field”, an exhibition showing all Peace Prize laureates of the Nobel history.

PM Abiy deserves the Nobel Prize, but can he keep the peace?

OP-ED: A process of change has been initiated in Ethiopia and the region, but it is under severe threat.

Today Ethiopia’s Prime Minister Abiy Ahmed Ali will receive the Nobel Peace Prize, in recognition for his “initiative to resolve the border conflict with neighbouring Eritrea” and for domestically initiating “important reforms that give many citizens hope for a better life and a brighter future”.

Prime Minister Abiy’s domestic reforms and regional peace-making efforts have been breathtakingly bold and courageous and are worthy of the Nobel prize. His first few months in office is aptly captured in Lenin’s words: “There are decades where nothing happens, and there are weeks where decades happen”. Immediately after assuming office in April 2018, Prime Minister Abiy embarked on a number of domestic political reforms – releasing political prisoners; opening the political space by guaranteeing a free press; legalising banned opposition groups; and welcoming the domestic and diaspora political opposition to the debate. Through these actions he has taken Ethiopia out of a peace-through-security pathway that others have assumed were set in stone. In its place he has introduced a peace-through-dialogue approach, both domestically – including with armed opposition movements – and in the region with Eritrea, with whom Ethiopia fought a bitter war that has ended conventionally but continued on other fronts. Following this, he has also been involved in other peace and reconciliation processes at the wider Horn of Africa. He has introduced changes in many other areas as well. Ethiopia now has its first female president and he has appointed the first female head of the supreme court.

However, most analyst also agree, and are in fact increasingly concerned, that the changes that Prime Minister Abiy has introduced has significantly increased the risk of instability, violent conflict or even civil war in Ethiopia. Can his peace-through-dialogue approach hold Ethiopia together and secure the peace with Eritrea, or will he be forced to adopt the old trusted peace-through-security path of his predecessors? From this perspective analysts regard this year’s Nobel Peace Prize as particularly perilous. The lesson from President Obama’s Nobel Peace Prize was that it is hazardous to give a leader the prize when they are still in office and when their country is still embroiled in war. In Prime Minister Abiy’s case the Nobel Committee seems to be fully aware of the risk, but - as if they are seeking the prize for themselves - nevertheless seems committed to employ the prize to bolster the momentum for peace in Ethiopia and the region. Nevertheless, while Prime Minister Abiy is awarded the price for his 2018 achievements, 2019 has been more challenging.

The domestic situation in Ethiopia is on a knife-edge. Prime Minister Abiy’s peace-through-dialogue pathway is under pressure. He has already had to use the security forces to contain public unrest on several occasions with loss of life. Several of the regional states – delineated along ethnic lines as per the ethnic federalism introduced in 1995 – are preparing to defend themselves, including by forming para-military forces, against a worst case civil-war scenario. There is a danger that such preparations can become a self-fulfilling prophecy. A recent referendum for statehood in Sidama was concluded peacefully, but adds further complexity to Ethiopia’s federal model. Despite all these challenges the political elite is narrowly focused on positioning themselves for next year’s election, which will be the litmus test of Abiy’s reform agenda. As @SolomonDersso pointed out in a recent tweet, this is a dangerous zero-sum winner take all short-term mentality. He calls for a national dialogue to chart a way out of the current crises. It is not clear that Prime Minister Abiy is best placed to lead or even initiate such a process, nor has anyone else stepped in yet to fill the gap. While the ethnic federal system can give certain groups greater self-determination, it can also be a major obstacle for a comprehensive national dialogue.

One thinks back to the 1991 National Peace Accord in South Africa that was convened by the private sector in a similar moment of crises when South Africa’s peaceful transition was threatened by growing insecurity and violence. That Accord paved the way to what we now regard as a peaceful end to Apartheid. However, approximately 5000-7000 people died in South Africa between 1990-1994 in political violence, and 1993 was one of the deadliest and most volatile years during which South Africa narrowly avoided a military coup, survived the assassination of Chris Hani and countered several other attempts to destabilize the peace process and the 1994 election. The point is that high levels of uncertainty and risk, as well as significant crises events and setbacks, are to be expected during transitions of this nature. It may get worse before it gets better, where the political and societal resilience and ability to absorb change may be challenged. Setbacks should thus not only be seen as indicators that the process has failed. The Nobel Committee hopes their award tips the scale in favour of peace in Ethiopia, as it did in South Africa in 1993. 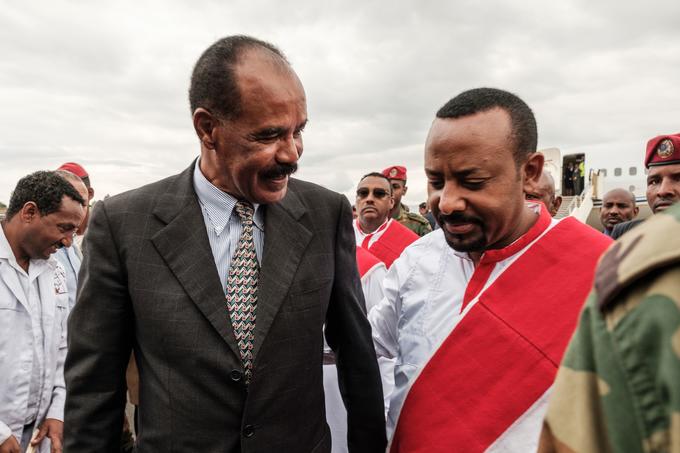 The peace between Ethiopia and Eritrea is not consolidated yet, either. There is a peace agreement, but no peace process. Some questioned why the Nobel Peace Prize was not split between Prime Minister Abiy and his Eritrean counterpart, President Isaias Afeworki. Analysts seem to agree, however, that President Isaias’ domestic record of oppression, dictatorship and lack of initiating any kind of reforms make him unworthy of the Nobel Peace Prize. Nevertheless, the border between Eritrea and Ethiopia’s Tigray region is closed again and remains tense. Both Prime Minister Abiy and his rapprochement towards Eritrea are looked less favorably upon in the northern border area, with the Tigray region now in the interstices between its political rivals in Addis Ababa and Eritrea. An outbreak of violence there can draw Ethiopia back into a conventional war with Eritrea. Similarly, the implementation of the peace agreement in South Sudan and the transition agreement in Sudan remain fragile and will need continued commitment and engagement by all local, regional and international stakeholders. In that context, the prize can also be seen as an encouragement for all parties to recommit themselves to implement existing agreements and to find peaceful negotiated solutions for outstanding issues.

The Nobel Peace Prize is a worthy recognition of Prime Minister Abiy’s bold and courageous decision to break out of the peace-through-security pathway, both domestically and as a way to re-set the relationship with Eritrea. The Nobel Peace Prize ceremony should be a rallying call to everyone committed to peace in Ethiopia and the region. A process of change has been initiated, but it is under severe threat. It will require significant commitment and effort from all of us to help Ethiopia and the region to consolidate and sustain the peace.