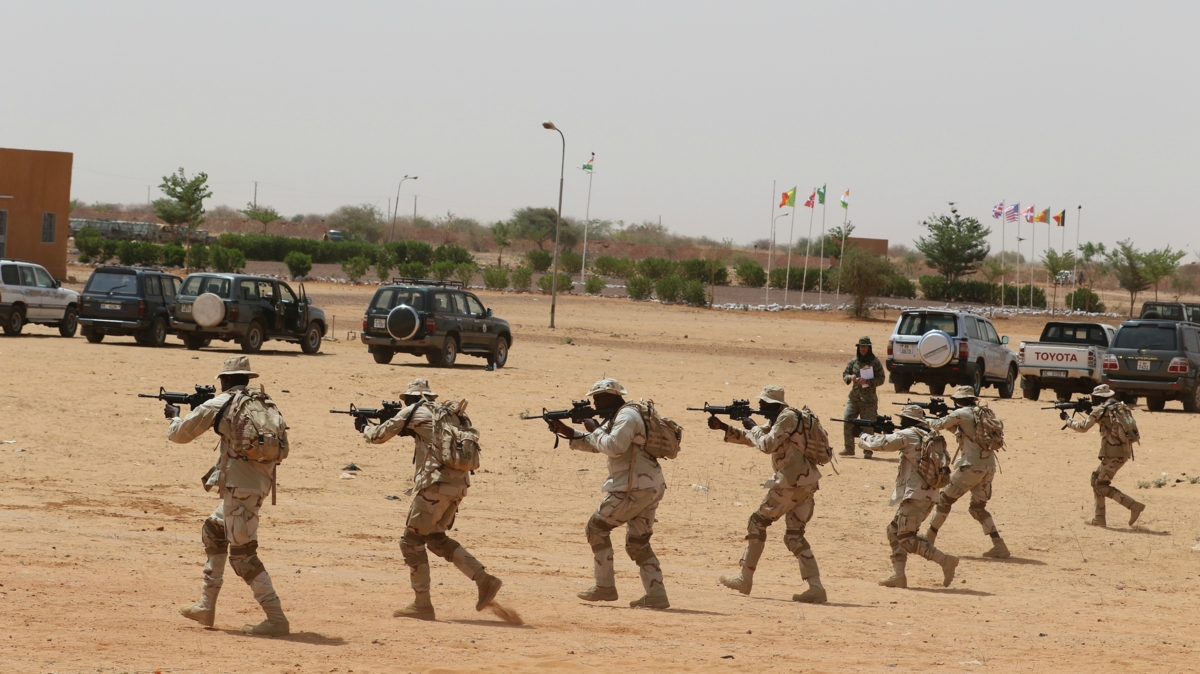 Fighting terrorism requires wide-ranging cooperation between states. What does such cooperation look like in practice, and does it work?

As part of a series of seminars arranged by the Consortium for research on Terrorism and International Crime, Professor Stephen Tankel visited NUPI to talk about his latest book, With Us and Against Us, a critical analyses of the relationship between the US and its counterterrorism partners. In his book, Tankel illustrates how these partner nations can both help and hamper the efforts to curb terrorism.

While such partnerships are vital to counterterrorism efforts, they are often both complicated and poorly understood. Focusing on the relationships with Algeria, Egypt, Mali, Pakistan, Saudi Arabia and Yemen, Tankel shared his thoughts on how these counterterrorism alliances work. What factors shape the partnerships? What can we do to get the most out of them, and what are the risks associated with such cooperation?

“With us or against us”, the tired trope used to divide friends and foes in the so-called “war on terror”, fails to adequately describe the relationships between the US and its partners. Tankel’s comprehensive analyses shows that the partnerships are often ambigous and hard to manage. While most states act as either friend or foe, others are for various reasons harder to label. Some can behave as both friend and enemy, often simultaneously.

Where interests clash, Tankel finds that the US’s partners at times function as stumbling blocks, perhaps even actively undermining US policy. Such clashes may be rooted in different threat perceptions, diverging views on how to conduct counter-terror operations, or disagreements over how to spend the limited resources available.

Organizations or groups that the Americans consider to be imminent threats to international security might be regarded as a minor nuisance by local partners. At other times, the US' partners might choose to spend their resources on domestic rivals that the US consider to be harmless to the international community. Disagreements extend to the tactical side as well. Sometimes the US will act in a way that their local partners find hard to stomach. Likewise, local partners may instigate repressing counter-terrorism campaigns that, at least from a US vantage point, risks doing more to foster terrorism than to fight it. With this in mind, are the results proportional to the investments?

Bang for the buck?

The counterterrorism partnerships come with a considerable cost, both in terms of money and sacrifices. Are the returns satisfactory? Building these working relationships requires more than agreeing on who the enemy is. Often, the US offers capacity-building through training their partner’s forces, and by sharing (and receiving) intelligence. Other times, generous military aid or transfers of weapons form a large part of the relationships. Such aid does not always offer bang for the buck. Among Tankel’s observations is the seemingly small returns the US reap from their expensive and long-lasting financing of the Egyptian Armed Forces:

– I don't know [if] the United States has gotten much at all out of Egypt, frankly, other than intelligence cooperation and rendition.

Still, the option of no cooperation may offer less in return than that of a sub-optimal, dysfunctional and expensive partnership.

Adding to the analyses, Tankel suggested strategies for how to improve and manage these complex and sometimes fragile arrangements. He finds that it is better to offer incentives than to punish partners for failing to deliver as promised. He suggests that agreeing on objectives and potential rewards beforehand will lead to better results. The US has often opted for the opposite approach:

– Pakistan and Yemen were US partners and the United States has used coercion against both beyond conditionality. The partnerships were kick-started with the United States essentially saying to both countries if you do not help us we are going to put troops on your soil and help ourselves, and if you get into the way that's your problem.

Bring more than guns, and lower the expectations

Tankel’s offers a sobering description of the frustrating nature of counter-terrorism partnerships. Still, such cooperation is a vital component of US and Western counter-terrorism efforts. Left with no choice than to continue financing and working with partners that do not always offer much in return, the best solution is to manage expectations of what can realistically be achieved, but also to find clever ways to get the most out of the relationships. More crucially, Tankel argues that a coherent strategy must include a larger proportion of non-military tools. Development, stabilization, and civic capacity-building - measures that address the root causes associated with terrorism - are crucial parts of all effective counter-terrorism partnerships.