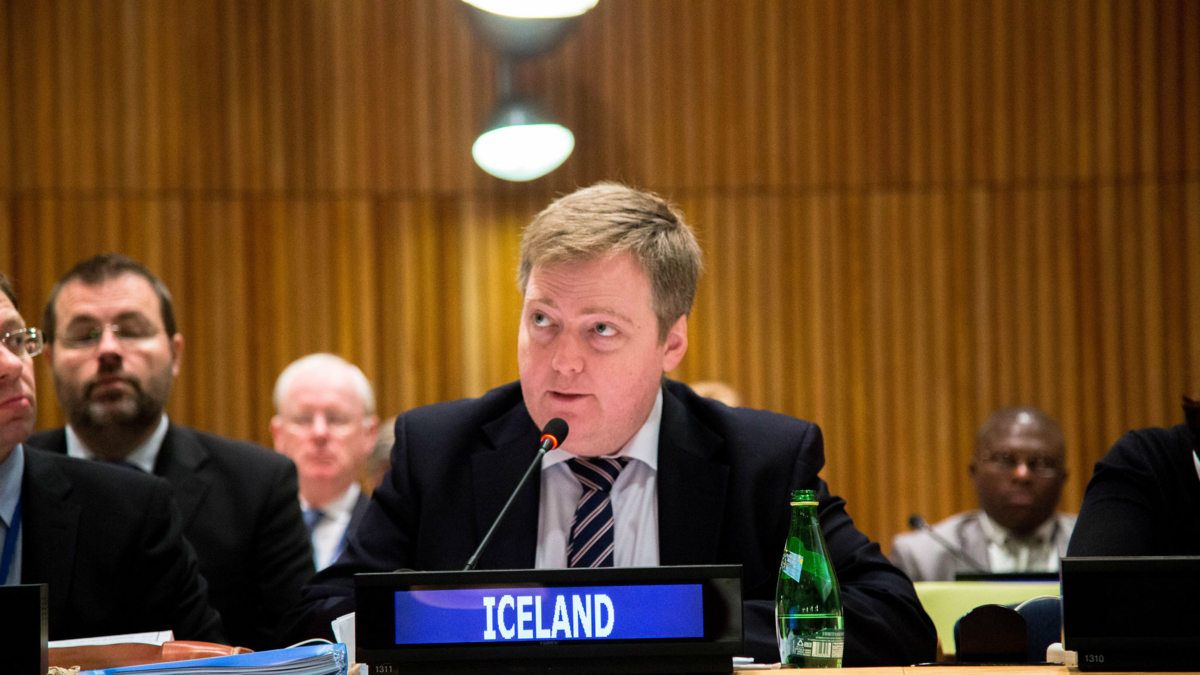 PAPERWORK: The Prime Minister of Iceland, Sigmundur Davíð Gunnlaugsson, is one of many in trouble after the Panama Papers were leaked.

The question behind the Panama leak

Seabrooke is a research professor at NUPI and a professor at the Copenhagen Business School. He is also a vice director of the 'SkattJakt' tax research network. This article was published in The Washington Post April 5:

A lot of people are upset about the release of the “Panama Papers,” a leak of 11.5 million files from Mossack Fonseca, reportedly the world’s fourth-largest law firm providing offshore financial services. The leak is creating a scandal, as they reveal how a huge range of political elites and celebrities — from the suspect, like members of Putin’s inner circle, to the seemingly squeaky clean, like a quarter of Iceland’s ruling cabinet — have used shell companies and accounts to keep their capital. Shell companies can be used for a variety of legitimate purposes, but can also be used to avoid paying taxes or to hide ill-gotten gains. Lists of political elites with shell companies, including 12 current national leaders, their advisers and various celebrities, have emerged.

This isn’t the first such leak — in recent years, we have seen leaks from Luxembourg, Singapore and Switzerland. The Panama leak provides us with a longer list of names to point our fingers at. The more important question is the underlying one. Why do we need whistleblowers to see what is going on in this murky world of offshore finance?

Our research suggests that the answer is that we don’t have the power and resources to regulate offshore finance, and we don’t have systematic access to information. There are three basic reasons why.

First, the service providers who set up shell companies and accounts have little incentive to provide information. Secrecy is their business model. They use the international legal system — and the protections given by sovereign states — to obscure or hide information from authorities and provide advantages to their clients. This occurs within rich countries that belong to the Organization for Economic Cooperation and Development (OECD) as well as in traditional tax havens, as tax activists are keen to point out.

Second, existing institutions for information exchange are bureaucratic and inefficient. Imagine, for example, that one OECD state requests another OECD state to provide it with account information on a single bank transfer, so that it can investigate possible tax evasion. Our field research reveals that such requests can take up to six months. This may be the best-case scenario — information exchange between friendly countries with well-developed bureaucracies. Imagine how long it takes to get information from unfriendly jurisdictions with little organizational resources. Perpetrators can move money at will and at great speed. This means that police and tax investigators usually prefer to deal with purely domestic cases, which are easier, rather than dealing with thornier international investigations, even though the latter might reveal where the big money is.

Third, the big powerful states of the international financial system have been reluctant to push for really tough rules. The reason is that they themselves may benefit from sheltering other countries’ hot money. The U.K. controls over 50 percent of the jurisdictions that provide secrecy for mobile elite wealth. Recent research has shown that Delaware, not Panama, is the easiest place to set up an anonymous shell company.

The first and second problems will only be solved if the third is addressed. There is momentum for change after the financial crisis. States want money to do things, and G-20 leaders are now looking to plug “fiscal leaks.”  The United States unilaterally lurched forward in 2010 with the Foreign Account Tax Compliance Act, requiring foreign financial institutions to report to the IRS on U.S.-held accounts. The G-20 then called on the OECD in 2013 to establish a standard for Automatic Exchange of Information between participating tax authorities.

However, progress is patchy. The OECD did release a new standard for information sharing among tax authorities in 2015. However, Panama, for instance, has backtracked on the new OECD standard. The OECD took until February to comment on Panama’s recalcitrance. Notably, the United States, while demanding information from others, is proving more reluctant to share what its regulators know about foreign accounts in its jurisdiction. There are also questions about whether developing countries, which suffer most from illicit financial flows and tax abuse, will benefit from the new initiatives. It is far from clear that big states like the United States are willing to provide the technical assistance to developing countries that would help them participate in the new system of automatic information exchange.

The Panama Papers may help reinforce a policy trajectory toward more regulation and information sharing. Just as LuxLeaks led to political action in the E.U. and the OECD, this data is less important for the information it provides than because it raises the profile of the issue of tax evasion, and makes states more willing to come together to tackle it.

What might a more substantial action plan involve? First, it could lead to greater transparency. Even the U.K. supports transparency of information that would allow people to figure out who the ultimate owners of firms are. The U.K. could also rein in its crown dependencies — micro-jurisdictions such as the Channel Islands and the Isle of Man that thrive on tax avoidance strategies. Similarly, the United States could shut down the activities of its own havens — states such as Delaware and Nevada — at the federal level. Capital flows to errant jurisdictions could be curtailed. One important fact that emerges from the data is that the number of shell company incorporations is in decline. States may have a renewed incentive to accelerate this decline.

However, renewed activism will also lead to new fights that pit OECD policy makers against economic elites who have enrolled tax experts, including the world’s biggest accountancy firms, to protect their wealth. The protagonists in global tax battles include professional experts, policymakers and civil society activists. For a long time, the private sector experts have set the agenda. The Panama Papers could help build a new potential alliance between policy makers and activists to push back against them.

By Leonard Seabrooke and Duncan Wigan