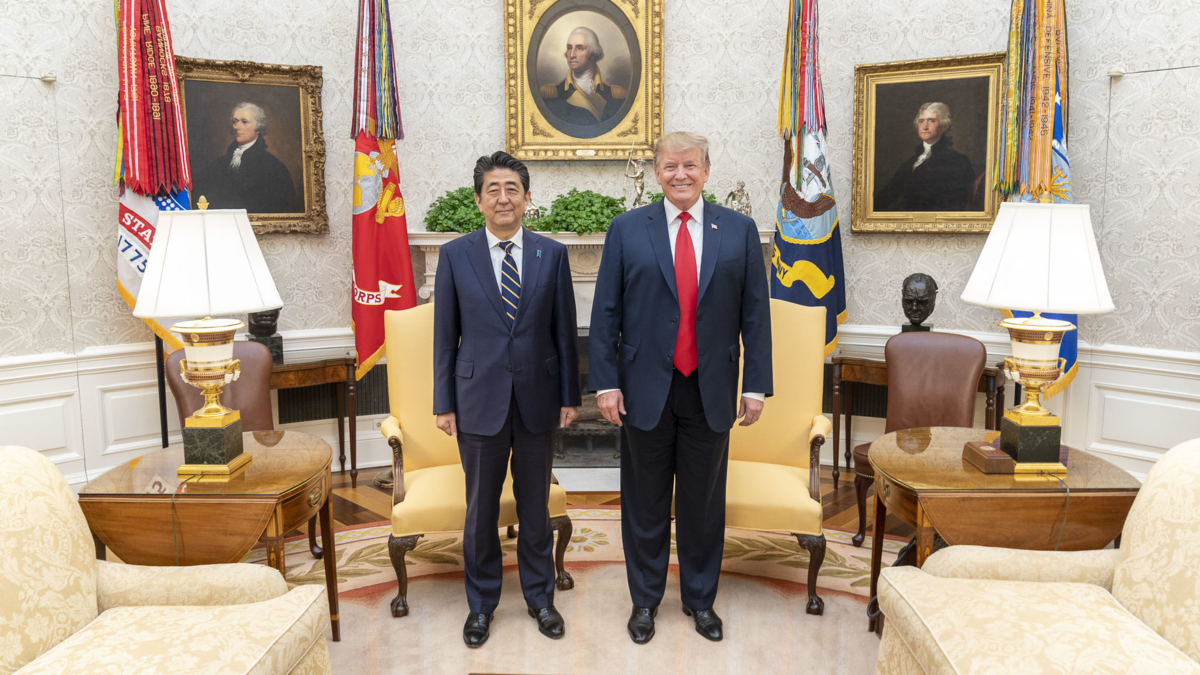 OPEN OCEAN? The concept of a Free and Open Indo-Pacific (FOIP) is being discussed both in Tokyo and the US. “It will be interesting to see if Japan’s FOIP becomes a story that correlates primarily with the foreign policy legacy of Prime Minister Abe, who has been exceptionally proactive on the foreign policy front since returning to power in 2012, or if we are actually at the brink of an era where Japanese foreign policy will be defined by this expansive concept, regardless of who is at Japan’s helm, for many years to come," says Research Fellow Wrenn Yennie-Lindgren (NUPI), who has written the chapter on Japan in a new report on FOIP.

The report is authored by members of the 2018 cohort of the GMF’s Young Strategist Forum, a competitive program that brings together leading next generation voices from the United States, Europe, Japan and other like-minded Asian countries, in Tokyo for deep discussions about and strategizing on the future of the Asia-Pacific.

The complete report, including the Japan chapter, can be accessed here.

In a newly released report from The German Marshall Fund of the United States, international scholars examine and compare national views on the Free and Open Indo-Pacific, spanning from Europe to Asia.

NUPI Research Fellow Wrenn Yennie-Lindgren contributes with a chapter on the development of Japan’s Free and Open Indo-Pacific (FOIP) concept.

The joint report looks into the national views of FOIP from the US, Japan, ASEAN, Taiwan, Australia, India, Germany, France and the United Kingdom, with the investigations into the diplomatic, economic and security dimensions of the respective policies highlighting both converging and diverging views on the region.

The Indo-Pacific - a key geopolitical region

The Indo-Pacific (IP) refers to the geographic area spanning the regions of the Indian and Pacific oceans. However, the term ‘Indo-Pacific’ has also increasingly become part of geopolitical discourse, in light of the number of economic and security issues emanating from the region.

“Summarizing or defining FOIP can be challenging, given the varying views on its content and stretch. This is one of the reasons why this report is a timely contribution to ongoing discussions about what FOIP means at national, regional and global levels,” explains Yennie-Lindgren.

Japan, the US, Australia and India – often referred to as “the Quad”– as well as a number of Southeast Asian countries - are viewed as spearheading efforts to develop and connect the dynamic region.

According to Yennie-Lindgren, it is notable that the FOIP engages Japan’s key allies in a region of increasing economic and geopolitical importance and at a time when Japan believes that engagement beyond one country is crucial in responding to regional security concerns.

“Tokyo not only introduced the FOIP concept, which Washington later picked up, but it has also been the most proactive in projecting it,” she says.

For Japan, FOIP relates to a number of prioritized long-term foreign policy themes, including policies such as ‘proactive contribution to peace’ and ‘diplomacy that takes a panoramic perspective on the world map’.

As Yennie-Lindgren expands on in her chapter, “While much of what is proposed in Japan’s FOIP draws on the country’s preexisting foreign policy repertoire, the geographic breadth and potential depth of the policy is significant.”

Moreover, many countries are still in the midst of molding their FOIP policies, making the study of FOIP foreign policy a crucial theme for international research in the coming years. As explained by Yennie-Lindgren:

“More recently, the Japanese government has moved from initially introducing FOIP as a strategy to now referring to it as a concept, and is currently emphasizing its implementation now that word of FOIP has gotten around. This development coincides with the ongoing maturation of other countries’ policies on the Indo-Pacific making for an interesting and timely research topic that spans a large portion of the globe and covers a number of pressing traditional and non-traditional security issues, including maritime security, environmental sustainability, and the establishment of physical and digital infrastructure.”

The Future of FOIP

While FOIP discussions are still going strong in the corridors of ministries in the Asia-Pacific, the longevity of FOIP and the extent of European involvement in the region is also being debated. When it comes to Japan, the primary promoter of FOIP, the expected transition from Prime Minister Abe’s foreign policy doctrine to a new administration’s in 2021 will likely be an indicator of FOIP’s future. As Yennie-Lindgren notes:

“It will be interesting to see if Japan’s FOIP becomes a story that correlates primarily with the foreign policy legacy of Prime Minister Abe, who has been exceptionally proactive on the foreign policy front since returning to power in 2012, or if we are actually at the brink of an era where Japanese foreign policy will be defined by this expansive concept, regardless of who is at Japan’s helm, for many years to come. Either way, the issues at the core of the FOIP concept will undoubtedly be around for a long time.”