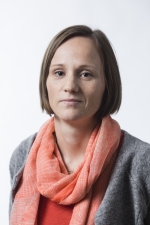 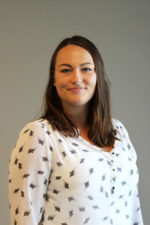 For the first time, NUPI researchers have led a project funded by the EU Commission’s Horizon 2020, the world’s largest research programme.

The main objective of the EUNPACK project has been to unpack EU crisis response mechanisms and provide new insights how they are being received and perceived on the ground by both local beneficiaries and other external stakeholders. As such, the aim has also been to increase their efficiency and conflict sensitivity.

The team members are among the world’s leading experts on peace and conflict studies and EU studies, and come from universities, research institutes and think tanks from the UK, Germany, Belgium, Slovakia, Italy, Kosovo, Ukraine, Mali and Iraq.

The researchers have tuned in on the following crises and conflicts: Afghanistan, Mali, Iraq, Libya, Kosovo and Ukraine. These are all countries facing various challenges, which a plethora of actors, including the EU, are on the ground trying to solve. Despite these efforts, civilian casualties are increasing several places.

In addition to being immensely vulnerable, the contexts in which the EU operates also varies, ranging from a previous regional warzone (Kosovo and Serbia) to a new regional warzone in the aftermath of an international intervention (Mali/North Africa and the Sahel).

Finding a streamlined, integrated approach to crisis response has therefore not been a simple task for the EU. EUNPACK has therefore sought to shed light on why major international actors like the EU have not been more successful in their attempts at crisis resolution.

To achieve this in a meaningful manner, the research team conducted more than 1,300 interviews with people directly affected by the conflicts, as well as decision-makers in Brussels.

On this basis, the researchers have pointed to several important findings about the local impact of the EU’s crisis response in the six abovementioned countries, as well as how the EU can improve its response mechanisms.

One of the key findings is that while the EU is heavily engaged and has a comprehensive approach to crisis throughout the crisis cycle, the EU lacks conflict sensitivity based on an in-depth understanding of the root causes of conflict in the areas it is engaged.

This resulted in the development of five selected policy recommendations for making EU’s approach more efficient and conflict sensitive. Local ownership, long-term planning, as well as more focus on statebuilding and less on military solutions, are some keywords in this regard. Click here for a full version of EUNPACK’s Executive Summary of the Final Report and Selected Policy Recommendations.

The reviewers' conclusion is clear – “the project has delivered exceptional results with significant immediate or potential impact”. They further argue that the research results are politically unbiased and evidence-based, in addition to being highly relevant for the developments in the EU’s foreign and security policy.

The projects many publications and presentations at international conferences are also mentioned as being likely to have lasting impact on the academic debate in this policy areas in the next years. Moreover, the reviewers argue that the research team has contributed significantly to contemporary critical peace-building concepts, as well as providing an innovative, conflict-sensitive approach to crisis response.

EUNPACK is also credited for its ability to reach both local and international actors with its findings, such as politicians, diplomats, and other relevant actors on the ground, including those directly affected by the crises and conflicts in focus.

It is emphasised that the fieldwork in Afghanistan, Mali, Iraq, Libya, Kosovo, Serbia and Ukraine has provided valuable insights from crisis areas on three continents.

Hopefully, these insights will help the EU and other actors’ crisis response become more efficient and conflict sensitive.

NUPI congratulates the research team with this significant achievement!

For more information about NUPI’s research on Europe and the EU, see NUPIs Centre for European Studies.