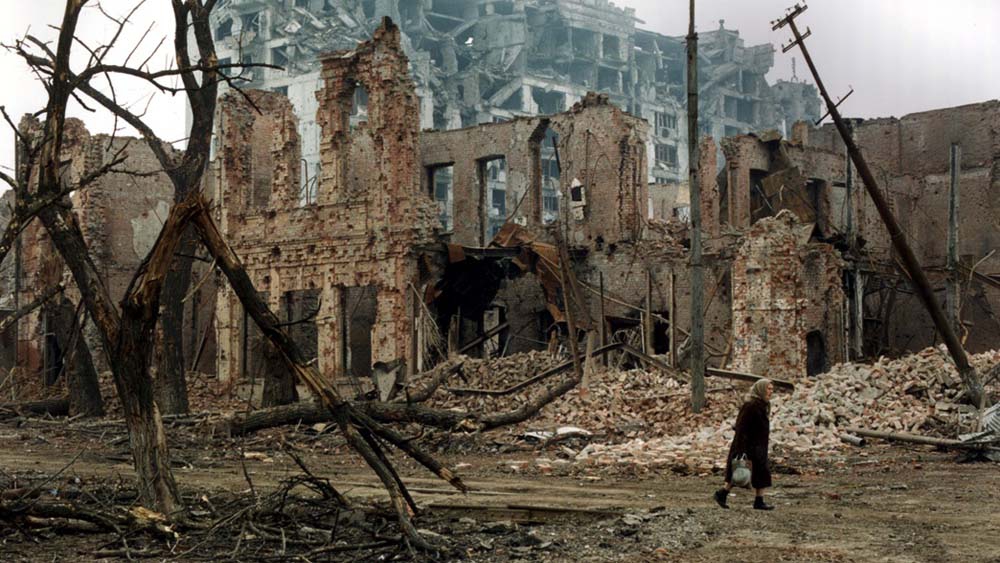 BOMBED OUT: The first Chechen war took place in 1994 - 1996. Russia declared war on the territory when Chechnya attempted to break out of the counrty. This picture is taken in the bombed capital Grozny in 1995.

When Russia goes to war

What makes war acceptable? Julie Wilhelmsen launches her most recent book, followed by a conversation with Aftenposten commentator Helene Skjeggestad.

How can war be made to seem a legitimate and necessary undertaking?

This is the main question asked  by Senior Research Fellow Julie Wilhelmsen in  her latest book, Russia's Securitization of Chechnya: How war became acceptable.

Wilhelmsen scrutinizes how Russia has portrayed Chechnya, a small territory of less than one million people on the southern border of the Russian Federation. After the territory attempted to cut loose in the wake of the fall of the Soviet Union, Russia declared war on Chechnya twice during the 1990s.

Wilhelmsen launched her book at NUPI on Thursday 27 October. You can watch the event on NUPI’s YouTube channel:

From partner to threat

Wilhelmsen examines Russian portrayals of the two Chechen wars. The first war, 1994–1996, was unpopular among the Russian popular. By contrast, the second, which began in 1999, was very popular in Russia.

What could bring about such a change of attitude in the course of only a few years?

‘This happens through a broad social process of re-drawing the boundaries between us and them. When “the other” can be seen as extremely different from “us” –and dangerous – then violence against the other group becomes legitimate. Such re-drawing of boundaries involves language, how we represent ourselves and talk about ourselves, and how we talk about the other group’, Wilhelmsen explained in her presentation.

She pointed out that a dramatic change took place in the official Russian discourse about Chechnya during the 1990s — from an image of Chechnya as a partner to Chechnya as an international terror threat.

The book builds on Wilhelmsen’s PhD dissertation, where she examined statements and texts of Duma representatives, experts and journalists before and during the war to understand how Chechnya and its people were described.

‘The media were crucial in making the first Chechen war an illegitimate undertaking, whereas the second was made to seem legitimate. And even during the second war, strict control of Russian media had yet not been enforced’, Wilhelmsen noted.

‘With the second Chechen war we find a media discourse which served to make all Chechens look like terrorists in an indirect way. This time around, the civilian population was not given a human face. There were hardly any pictures of the people and their ordeals. Their humanity and suffering were invisible to the Russian audience.’

‘I also studied the statements of representatives of the Duma and the Russian Federation Council, and found that they went even further than the Russian political leaders in singling out Chechnya as a terror threat, and calling for forceful measures to crush the terrorists there.’

Also experts contributed to strengthening this terrorist image in Russia.

‘Sadly, I found a very politicized expert community who were quite willing to help in spreading this very frightening image of Chechnya as the world hub of terrorism.’

Wilhelmsen underscores the importance of the research method she has employed in her work. Discourse analysis — where the researcher studies how people, institutions and situations are portrayed through language in a broad sense — can reveal the central role of discourse as regards the policies that are adopted.

‘It is essential to recognize the dramatic consequences that collectively categorizing “the other group may lead to — both for the territory of the group, and  the  people who live  there.’