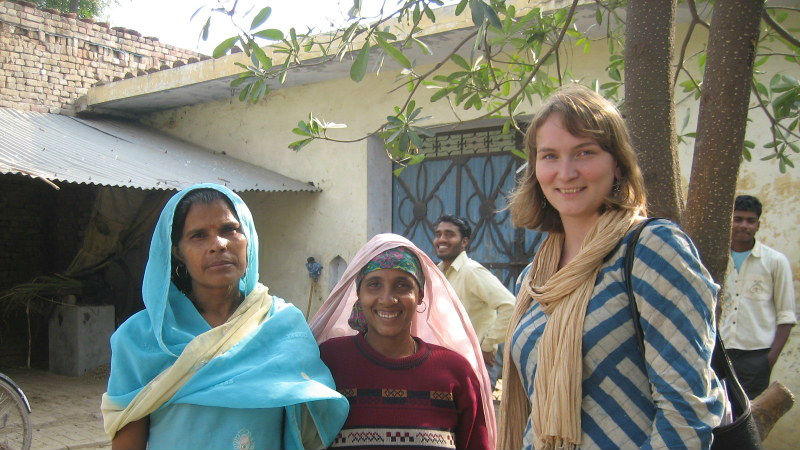 Gender-discriminatiory legislation is on the research agenda of NUPI’s Francesca R. Jensenius for the next four years. The funding comes from a prestigious FRIPRO award.

Together with a researcher from the University of New Mexico and Andrew Carnegie Fellow Mala Htun, she will study how gender-discriminatory legislation affects the economic empowerment of women.

‘Legislation affects women’s prospects of economic independence, both their objective economic potential and how they see their own prospects’, Jensenius explains.

She and her partner at the University of New Mexico will conduct comparative studies of gender-discriminatory legislation in various countries.

Also in the Western world

‘Most countries in the world, also here in the West, have laws that are gender-discriminatory. In many countries, for example, a woman can’t take paid employment without permission from her husband, or inherit on the same terms as a man can.’

The funding will run over a four-year period, with project-start set for the summer of 2016.

Jensenius’s project partner at the University of New Mexico already has financing from the Carnegie Foundation in the USA. A PhD student will also be recruited to the project.

‘Young Research Talents is a rather new category within FRIPRO. The aim is to support researchers in the outset of their careers. This project is a natural continuation of my own earlier work and something I have wanted to work with for a long time.’

In her doctoral dissertation, Jensenius also wrote on inequality and minorities, but the focus was on political representation.

Now she will focus on economic inequality, and especially on how changes in legislation affect women.

‘Legislation can often be discriminatory’, Jensenius points out.

‘In other cases, the problem may be that laws are implemented only in parts of the country, or may affect various population groups differently. For instance, women in cities will often have better legal protection than women in isolated rural areas. Those involved in the public sector will more often be reached than people outside it. And the situation for the minorities will often differ from that of the majority population.’