After the Coup: Regional Strategies for Sudan 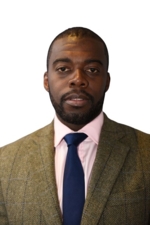 The civilian leadership that is currently coordinating the civil protest can start talks with the military to hand over power in exchange for immunity. The international community; and particularly the US and its allies in Europe could help those talks through imposing timely targeted sanctions on Al-Burhan and his allies until an agreement is reached and implemented.

After a settlement is reached, the civilian leadership needs to coordinate with the FFC, the armed movements, the hold out armed groups that have held out and the new military commanders through an appointed legislative council. The council should be tasked and mandated to set out a comprehensive vision for the transitional period through appointing the remaining institutions of the government and developing a clear and doable road map to the post-transition elections. And, through the legislative council, all three actors need to agree on implementing a series of programmes and deadlines to disarm, demobilise and reintegrate combatants of the armed groups and RSF into the SAF; and depoliticise the SAF which will require technical expertise and support from regional bodies such as the African Union and IGAD. Thus, it is crucial for the AU and IGAD —with support only from the Trokia states only—to consider a coherent stabilisation strategy for Sudan as a part of a broader regional stabilisation strategy anchored on AU principles that take into consideration the fluidity of the context on the ground and puts in place sustained security guarantees, economic, political and technical support with a variety of measures that help to stabilise the country and its future.