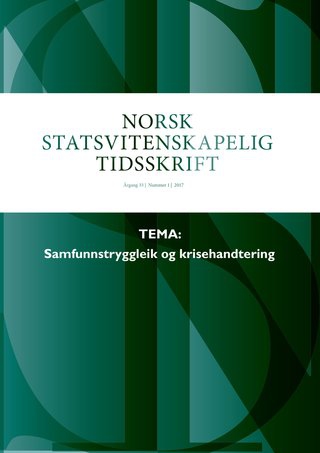 (Norwegian only): This article deals with the «duty of care» held by states for their citizens, when the citizens are abroad. The arguments are based on general developmental traits common to modern states, but the main case is the relationship between the Norwegian state and its citizens.

The article raises two main questions, firstly how it became self-evident that the state has a duty of care for its citizens abroad, secondly under what circumstances and in which ways this duty is articulated and put on the political agenda. The first question is answered through an historical and comparative analysis, emphasizing how ties of loyalty between states and citizens developed, and how the legitimacy of modern welfare-states became tied to the will and capacity of states to care for its citizens. The second question is answered through an analysis of a number of fairly recent «crises». Here, special attention is paid to how the media are central to the articulation of crisis, how there is a growing need for the government to act rapidly and visibly in the face of crisis and the tension between the need to demonstrate strength in the face of crisis and the desire that citizens should take greater responsibility for themselves when traveling abroad.