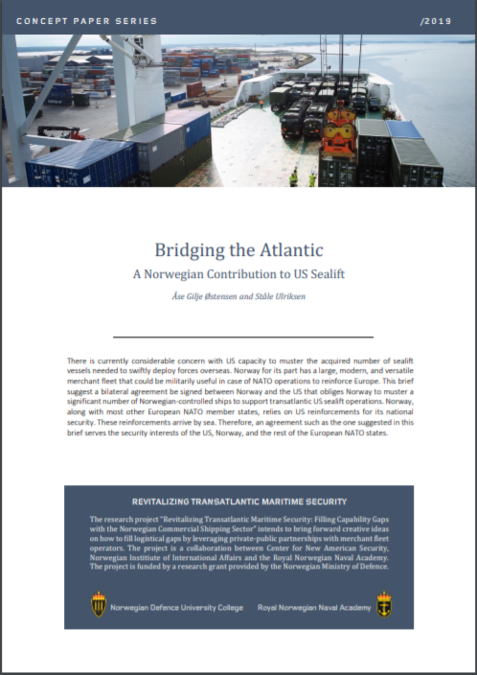 Bridging the Atlantic. A Norwegian Contribution to US Sealift

There is currently considerable concern with US capacity to muster the acquired number of sealift
vessels needed to swiftly deploy forces overseas. Norway for its part has a large, modern, and versatile
merchant fleet that could be militarily useful in case of NATO operations to reinforce Europe. This brief
suggest a bilateral agreement be signed between Norway and the US that obliges Norway to muster a
significant number of Norwegian-controlled ships to support transatlantic US sealift operations. Norway,
along with most other European NATO member states, relies on US reinforcements for its national
security. These reinforcements arrive by sea. Therefore, an agreement such as the one suggested in this
brief serves the security interests of the US, Norway, and the rest of the European NATO states.