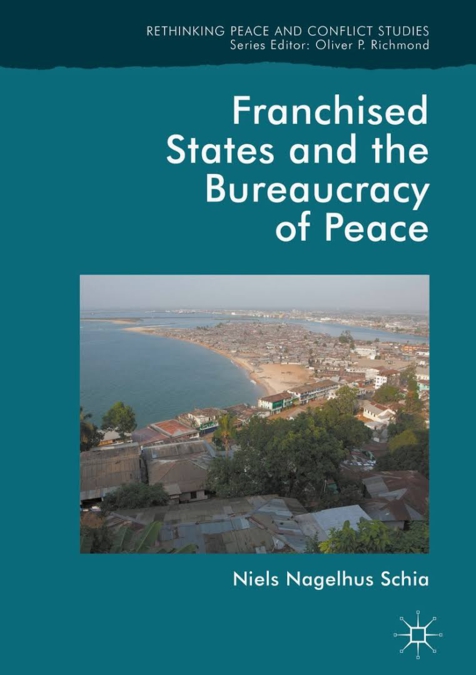 Franchised States and the Bureaucracy of Peace

This book examines a new type of state formation evoked by the rise of transnational rule, what Schia calls franchised states. Turning the UN into a field site and drawing on an anthropological fieldwork of the UN organization, he demonstrates how peacebuilding activities turned Liberia into an object of governing, whereby the UN, in seeking to build the state, also became the state. The sovereign state of Liberia here emerges as a franchise rather than a self-contained entity. Two implications follow: First, that international peacebuilding turns post-conflict countries into clients of the international community. Second, that “sovereignty” is no longer exclusively associated with the state: it is organized in and through specific practices of governing where a state actor is only one among a range of actors. With these findings, the book moves beyond previous work on peacebuilding by focusing on the unbundling of sovereignty. It contributes to the literature on the changing forms of sovereignty by showing the specific ways in which sovereignty is organized, packaged and enacted, often by actors working under international auspices.

Others about the book:

Thomas Hylland Eriksen (Professor of Social Anthropology University of Oslo, Norway):
"This is a challenging and creative contribution to the anthropology of the state. By necessity basing his analysis on multisided fieldwork, Schia shows how the Liberian state is entangled in multiscalar transnational institutions, encounters, ambitions and misunderstandings. Of particular value are the concepts of "ownershipping" and "franchised state", which shed light on the vulnerability of the postcolonial state and the power exerted by non-state, supranational actors. By using these concepts Schia offers a fresh perspective on the African state and forces us to rethink the concept of sovereignty."

Anette Nyqvist (Associate Professor of Social Anthropology, Stockholm University, Sweden):
"With its unique insight of the bureaucratic processes at UN and in Liberia, this monograph is not just a study of peacebuilding in practice, but an innovative contribution to the anthropology of policy and to organisational anthropology. The book is essential reading for anyone interested in political anthropology and global processes of peace building."

Palgrave Macmillan:
- Examines how peacebuilding has been turned into a series of management processes and the implications this has for the state.
- Offers a fresh approach through looking at policy processes from the perspectives of both UN HQ and the case study country, Liberia.
- Addresses an important gap in the literature – the gap between the operational and policymaking levels of statebuilding and peacebuilding.