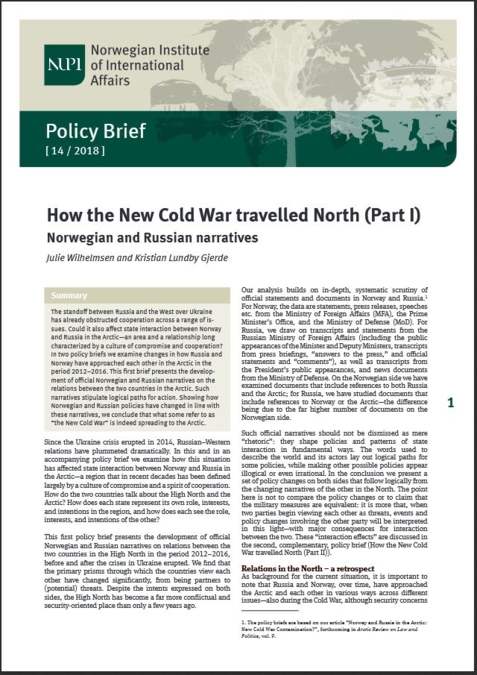 The Arctic Russia and Eurasia Utenrikspolitikk

The standoff between Russia and the West over Ukraine has already obstructed cooperation across a range of issues. Could it also affect state interaction between Norway and Russia in the Arctic—an area and a relationship long characterized by a culture of compromise and cooperation?

In two policy briefs we examine changes in how Russia and Norway have approached each other in the Arctic in the period 2012–2016. This first brief presents the development of official Norwegian and Russian narratives on the relations between the two countries in the Arctic. Such narratives stipulate logical paths for action. Showing how Norwegian and Russian policies have changed in line with these narratives, we conclude that what some refer to as “the New Cold War” is indeed spreading to the Arctic.