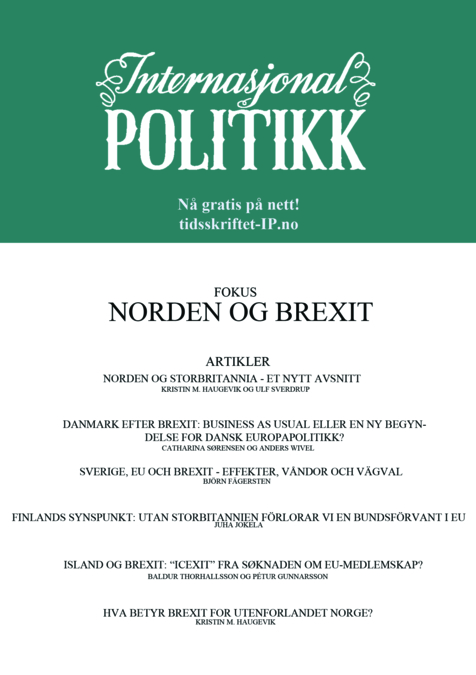 What does Brexit mean for EU outsider Norway?

This article discusses how the British decision to leave the EU has influenced Norwegian EU debate thus far, and what implications Brexit might have for Norway’s relations with the EU and with Britain. I begin by presenting Norway’s current association model with the EU, and the ongoing political and media debate about membership and the EEA agreement, before I introduce Brexit as a breaking point. In the remainder of the article, I examine how the Norwegian government has approached Brexit so far, and reflect on how Britain’s departure from the EU may influence Norway’s relations with the EU, the EEA agreement and the British-Norwegian bilateral relationship.