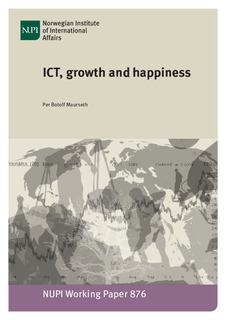 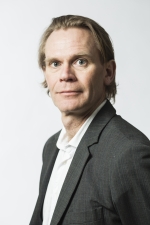 This paper reviews two strands of literature. The first is on Information and Communication Technology (ICT) and growth. The increasing role of ICTs came together with stagnating growth rates in many countries. This has been denoted the Solow paradox. During the dot-com era from the mid-1990s, many believed that the paradox was solved. Growth rates increased and the internet became pervasive. The great recession has been followed by lower growth in Europe and in the United States and a return of the Solow paradox. Evidence indicates that the share of internet users in a population had a positive effect of growth in the 1990s, but that this effect vanished for developed countries after 2000. The second strand of literature is a heterogeneous research tradition that relates ICT not to income and growth, but to human well-being. That literature indicates positive (as well as some negative) effects of ICT and the internet on people’s happiness. Some new evidence indicate that the share of internet users in populations in a panel of countries is positively related to average happiness.