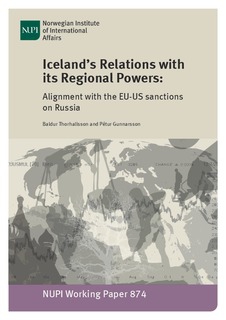 Iceland’s Relations with its Regional Powers: Alignment with the EU-US sanctions on Russia

The Arctic Russia and Eurasia The EU Regional integrasjon