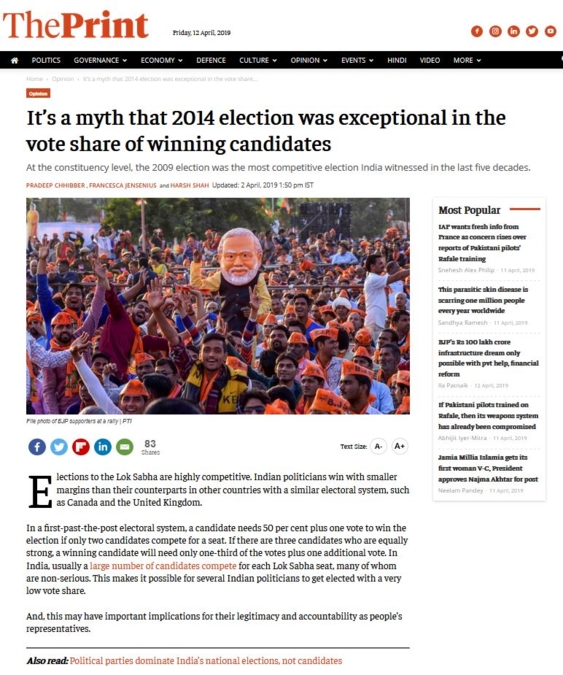 Elections to the Lok Sabha are highly competitive. Indian politicians win with smaller margins than their counterparts in other countries with a similar electoral system, such as Canada and the United Kingdom.

In a first-past-the-post electoral system, a candidate needs 50 per cent plus one vote to win the election if only two candidates compete for a seat. If there are three candidates who are equally strong, a winning candidate will need only one-third of the votes plus one additional vote. In India, usually a large number of candidates compete for each Lok Sabha seat, many of whom are non-serious. This makes it possible for several Indian politicians to get elected with a very low vote share.

And, this may have important implications for their legitimacy and accountability as people’s representatives.