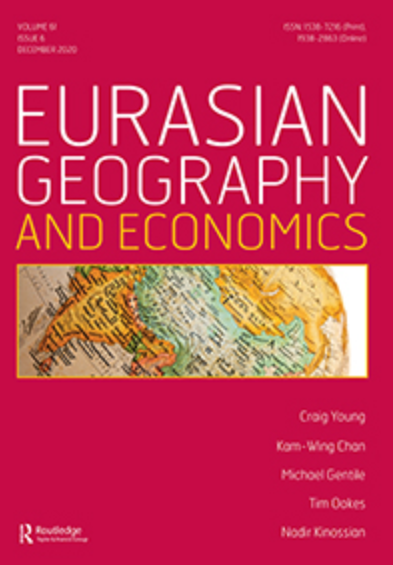 What opportunities and trade-offs do de facto states encounter in developing economic ties with the outside world? This article explores the complex relationship between trade and trust in the context of contested statehood. Most de facto states are heavily dependent on an external patron for economic aid and investment. However, we challenge the widespread assumption that de facto states are merely hapless pawns in the power-play of their patrons. Such an approach fails to capture the conflict dynamics involved. Drawing on a case study of Abkhazia, we explore how this de facto state navigates between its "patron" Russia, its "parent state" Georgia, and the EU. The conflict transformation literature has highlighted the interrelationship between trust and trade – but how does this unfold in the context of continued nonrecognition and contested statehood? Does trade serve to facilitate trust and hence prospects for conflict transformation? With Abkhazia, we find scant correlation between trust and trade: in the absence of formal recognition, trade does not necessarily facilitate trust. However, the interrelationship between trade, trust, and recognition proves more complex than expected: we find less trust in the patron and more trade with the parent than might have been anticipated.