Peacekeeping: Resilience of an idea 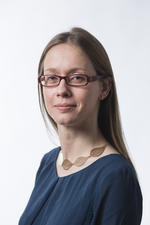 This chapter examines the evolution of the idea of UN peacekeeping, asking how an instrument developed in the late 1940s managed to not only survive but also respond to the changing geopolitical and conflict landscape over the last seventy years. Through an overview of major doctrinal developments and institutional adaptations, the chapter analyses how the peacekeeping tool was adapted from a bipolar world, via a unipolar one to today’s multipolar world. Peter argues that peacekeeping started as a conflict management instrument, which was adapted to a conflict resolution mechanism after the end of the Cold War, but has now come full circle and is again increasingly used to manage and contain, not resolve conflicts.