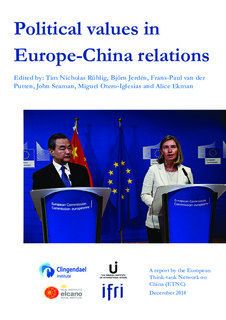 The six-year freeze in bilateral political relations following the award of the 2010 Nobel Peace Prize makes Norway an interesting case study of political values in relations with China. The big picture, however, is that Norway still fits into the pattern of many other European countries. While political values feature prominently in Norway’s general foreign policy, explicit government level criticism of China is rare, and the avenues for official discussions on values-laden issues are largely limited to closed settings.