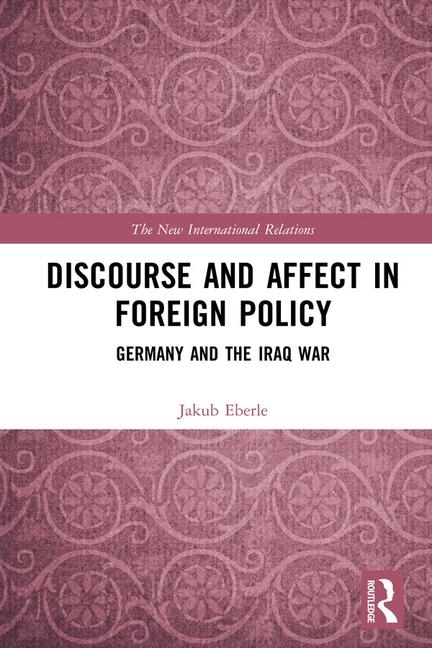 Book title: Discourse and effect in foreign policy. German and the Iraq war.

Foreign and security policy have long been removed from the political pressures that influence other areas of policymaking. This has led to a tendency to separate the analytical levels of the individual and the collective.

Using Lacanian theory, which views the subject as ontologically incomplete and desiring a perfect identity which is realised in fantasies, or narrative scenarios, this book shows that the making of foreign policy is a much more complex process. Emotions and affect play an important role, even where ‘hard’ security issues, such as the use of military force, are concerned. Eberle constructs a new theoretical framework for analysing foreign policy by capturing the interweaving of both discursive and affective aspects in policymaking. He uses this framework to explain Germany’s often contradictory foreign policy towards the Iraq crisis of 2002/2003, and the emotional, even existential, public debate that accompanied it.