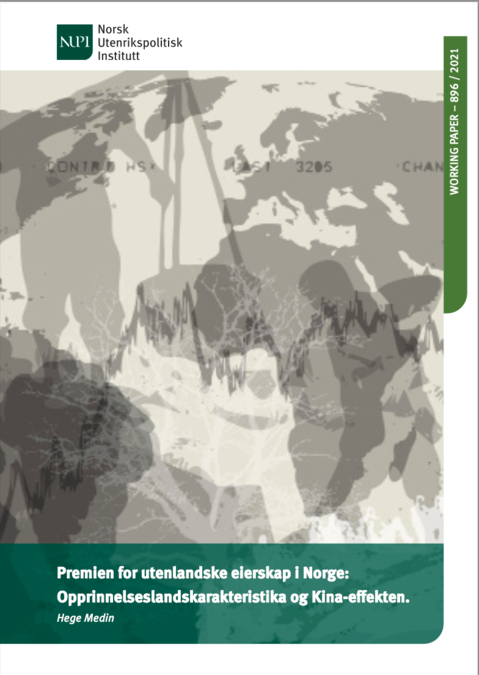 Many studies from a number of different countries show that there is a premium for foreign ownership; Foreign-controlled enterprises (UKFs) are larger and more productive than domestic-controlled enterprises. In the article, I use register data to show that this also applies to Norway. UKF has particularly high values ​​of a number of enterprise characteristics that are often associated with productivity, such as number of employees, turnover per employee, value creation per employee, salary and trade in goods and services per employee. Using regression analyzes, I estimate, for example, that UKF has more than 80 per cent more employees than domestically controlled companies and almost 40 per cent higher turnover per employee (after taking into account that UKF may be overrepresented in some industries and / or year). Among the enterprise characteristics that are studied, only research and development activity for which there is no UKF prize. Furthermore, I find that the characteristics of the country of origin of UKF affect the size of the prize. In general, the premium is higher the larger and more developed the country of origin is and the further away from Norway it is. For the number of employees, turnover per employee and retail trade per employee, there is also a separate China effect; The estimates show that Chinese UKF, compared to other UKFs, has almost 60 per cent more employees, more than twice as much turnover per employee and even greater exports and imports per employee.