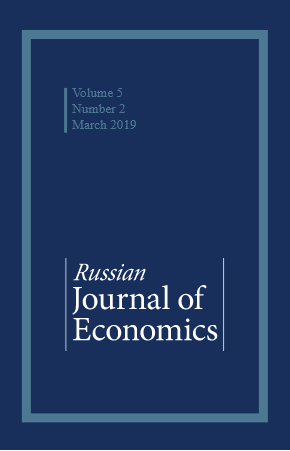 Russia in world trade: Between globalism and regionalism

The article examines Russia’s participation in world trade and trade policy, using trade data for 1996–2017 and simulations of a numerical world trade model where Russia is divided into domestic regions. Since the mid-1990s, Russia’s foreign trade has grown much faster than the world average. This was accompanied by rapid deterioration in the trade balance for manufacturing, and fast redirection of imports, with more from China and relatively less from others, especially Eastern Europe. Only 1/8 of Russia’s foreign trade in 2017 was with Eastern Europe. This is why Russia can gain more from trade integration with the world beyond Eastern Europe, according to the model simulation analysis. For Russian domestic regions, multilateral liberalization among all countries has a similar effect across all of them, with a welfare gain due to lower import prices. For the commodity-exporting regions of Russia, preferential free trade agreements (FTAs) have a similar impact. For the more industrialized Russian regions, on the other hand, FTAs lead to manufacturing growth, rising wages and higher prices, and a larger welfare gain. According to the model simulations, trade integration promotes industrial diversification, with manufacturing growth also in some commodity regions. The results indicate that external liberalization is particularly important for the central parts of Russia; with Volga and West Siberia generally obtaining the strongest manufacturing boost from trade integration.