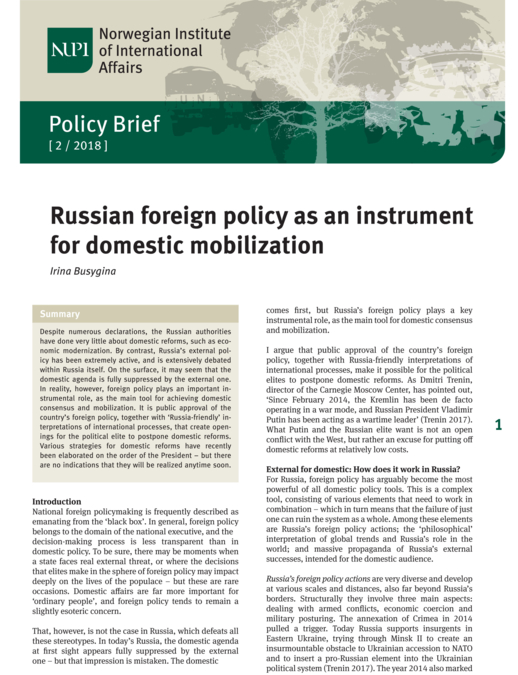 Russian foreign policy as an instrument for domestic mobilization

Despite numerous declarations, the Russian authorities have done very little about domestic reforms, such as economic modernization. By contrast, Russia’s external policy has been extremely active, and is extensively debated within Russia itself. On the surface, it may seem that the domestic agenda is fully suppressed by the external one. In reality, however, foreign policy plays an important instrumental role, as the main tool for achieving domestic consensus and mobilization. It is public approval of the country’s foreign policy, together with ‘Russia-friendly’ interpretations of international processes, that create openings for the political elite to postpone domestic reforms. Various strategies for domestic reforms have recently been elaborated on the order of the President – but there are no indications that they will be realized anytime soon.