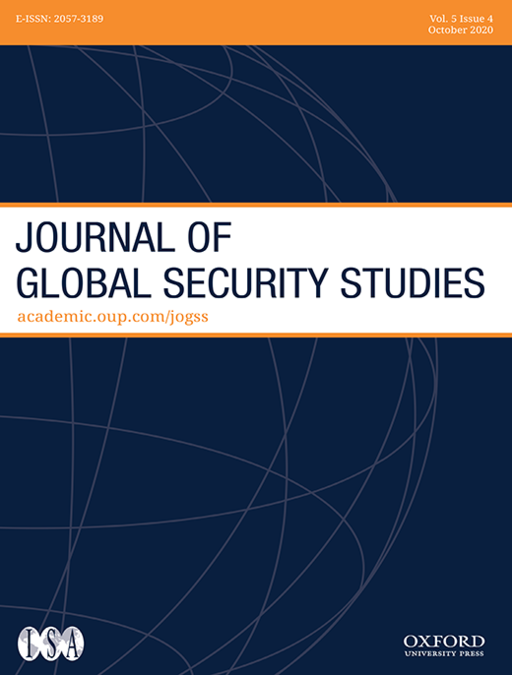 Spiraling toward a New Cold War in the North? The Effect of Mutual and Multifaceted Securitization

Building on a discourse-theoretical reading of securitization theory, this article theorizes and examines
how two political entities can become locked in a negative spiral of identification that may lead to a violent
confrontation. Through mutual and multifaceted securitization, each party increasingly construes
the other as a threat to itself. When this representation spreads beyond the military domain to other
dimensions (trade, culture, diplomacy), the other party is projected as “different” and “dangerous” at
every encounter: positive mutual recognition is gradually blocked out. Military means then become
the logical, legitimate way of relating: contact and collaboration in other issue-areas are precluded.
Drawing on official statements 2014–2018, this article investigates how Norwegian–Russian relations
shifted from being a collaborative partnership to one of enmity in the High North. The emerging and
mutual pattern of representing the other as a threat across issue-areas since 2014 has become an “autonomous”
driver of conflict—regardless of whether either party might originally have had offensive
designs on the other.