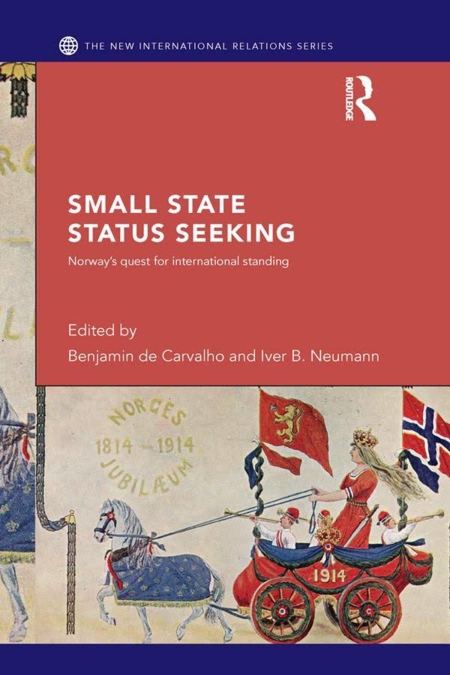 In this chapter, we explore Norwegian UN policy, arguing that it is a central arena for Norwegian eﬀorts to be recognized by others. Our focus on Norwegian UN policy is not an end in itself, but a means to develop a more general argument about status seeking behaviour in a multilateral setting. We argue that status seeking in multilateral settings is distinct from status seeking in other settings, and that this stems from the norms of reciprocity and rulebased cooperation in such settings. Multilateral settings put a premium on behaviour that is in keeping with a commitment to the furtherance and expansion of the rules established by multilateral cooperation and organizations. Certain types of behaviour or role, rather than certain types of resources, can accord status. Norway has specialized in one distinct ‘role’: that of being a team-player, a facilitator – an actor that can be relied upon to take on the burden of doing things in which it has no identiﬁable direct stake or interest. A case in point is the UN request as to whether Norway could shoulder the responsibility for destroying Syria’s chemical weapons. We conclude the chapter by suggesting that the role developed in multilateral settings has so pervaded Norwegian diplomatic tradition that it is present in bilateral settings as well. We proceed as follows. We ﬁrst elaborate brieﬂy on the editors’ introduction

and highlight how status seeking is reﬂected in the skills and diplomatic forms that are valued in diﬀerent settings. We then brieﬂy describe overall Norway’s UN policy, with a few examples of what a status-based reading of this policy can tell us about Norwegian foreign policy, and about multilateralism as a distinct arena for status seeking. Next, we present the speciﬁc manifestations of their distinctiveness of multilateral settings, and link this to Norwegian diplomats’ self-understandings and conceptions of what characterizes a good diplomat: the ability to be tapped into what is going on in an eﬀort to present oneself with resources that can be put to good use on issues in which Norway may often not have any distinct or direct stakes. This tendency to stress the role as ‘helper’ is most pronounced in relation to issue-areas where the USA has vital interests, and is less so where less powerful states are concerned.

Thus, power diﬀerentials play a central role also in multilateral settings, where it matters who is the demandeur for the tasks to be undertaken.