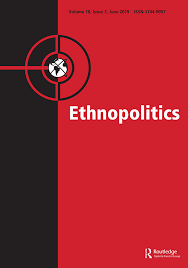 United Nations Stabilization Operations: Chapter Seven and a Half

The UN Security Council has in recent years included the term ‘stabilization’ in the name of the operations deployed to Haiti, Democratic Republic of Congo, Mali and Central African Republic. But, are they stabilization operations? Although the concept has become increasingly popular in the UN context, it seems to denote everything from robust military action to early peacebuilding activities, and for this reason the UN high-level independent panel on peace operations in 2015 recommended to avoid the concept until it was further clarified. To contribute to this clarification, the article follows two main lines of inquiry—first it unpacks the different meanings of stabilization in UN peace operations by drawing upon the experiences of current UN stabilization missions such as MONUSCO in the DRC and MINUSMA in Mali. Based on this inquiry, it argues that what we are witnessing is cognitive slippage—where a broad range of unrelated activities are gathered under the same concept as a discursive tool to get financial and political support from Western partners. Second, the article ventures on to examine how the center of gravity of international interventions has moved on to a prevalence of ad-hoc coalitions undertaking counterterrorism operations, and what impact this has on UN peace operations, and in particular the understanding of stabilization in these. It argues that these missions could be termed Chapter seven and a half operations as they combine UN peace operations under Chapter VII mandates with the inclusion of regional ad hoc coalitions of the willing.