Wielding influence in a new governance architecture: Norway, the G20 and the 2030 Agenda 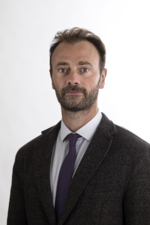 The G20 is by dint of its membership – the 20 largest economies in the world – an important decision-making body. Moreover, the challenges currently facing established inter-governmental organi- zations (IGOs) arguably make the G20 even more important. The G20 is perceived as agile, e ective and powerful whereas established IGOs – such as the UN and the World Bank - appear to be bogged down by overly bureaucratic rules, organizational inertia, and a lack of resources to ful l their mandates. This was on display when the G20 convened in Washington DC during the global nancial crisis, and its swift actions, in all likelihood, prevented a more severe glo- bal crisis. For Norway, the power of the G20 as an arena for shaping global gov- ernance represents both a challenge and an opportunity. It is a chal- lenge because Norway has for the last half-century invested heavily in multilateral institutions both as an end in itself, and as a means to embed Norwegian interest within multilateral rules. This was made clear in the government ́s recent White Paper “Veivalg i Utenriks- og Sikkerhetspolitikken.” The G20 may pose a challenge if its seen to undermine the credibility of multilateral institutions with regard to uphold established rules. This in turn, may reduce Norway ́s ability to in uence global governance through these multilateral institutions. It is an opportunity to the degree that the G20 can strengthen global governance on key areas of importance for Norway, such as the 2030 Agenda for Sustainable Development. The G20 also rep- resents an underexplored channel for wielding in uence on other issues, which requires a different type of strategy than the one pur- sued vis a vis multilateral institutions.